I’ve had nothing to say on the ongoing riots in the deepest blue enclaves of the country.  Frankly, I view it as the active measures arm of the Democratic dhimmocratic Party seizing upon pretexts, as they did with Trayvon Martin and Michael Brown.  This time, the DoJ is not part of the same nexus, and instead is making arrests and issuing warrants that clearly demonstrate the out of state actors agitating the seditious behavior. 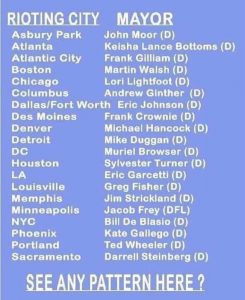 …that are the problem.

Americans Disagree About What Racism Is, And It’s A Big Problem

Until Americans agree what actions or words are and are not racist, there is little hope of mending wounds that are getting much worse.

By David Marcus, the Federalist

According to a recent NBC News poll, 62 percent of Americans polled said racism is a “major problem.” Last year, Gallup found that 42 percent are “very worried about race relations.” In 2001, when Gallup began that survey, the percentage was only 28 percent, and in 2010 it was a mere 13 percent.

There are many plausible explanations for this jump, including a spate of media-highlighted, race-related police shootings and the controversial presidency of Donald Trump. What is less clear is how our society can reverse this trend. One tremendous obstacle to improving race relations is that Americans cannot even agree on what racism is.

That is because the usual suspects in such matters are attempting to redefine the terms of the debate.  I, for one, am not going along with that.

There are two basic definitions of racism in the United States, one roughly associated with progressives and one roughly associated with conservatives. The former describes racism as the failure to acknowledge and seek to redress systemic discrimination against select disadvantaged minority groups. It is very broad and captures everything from unconscious bias to white supremacy. The latter views racism as making assumptions about, or taking action towards, an individual or group on the sole basis of their race. It is narrow and generally requires belief, intent, and animosity.

These definitions don’t simply differ; to a great extent they actually contradict each other. Much of the contradiction stems from the fact that the progressive definition of racism requires that an advantaged individual or group must be attacking the less privileged. The more conservative and narrow definition of racism requires no appeal to power structures, only to bias, and can be committed by anyone towards anyone.

Note that the Progressive Marxist definition proffered is in itself racist in terms of the classically accepted definition.

Let the blue cities burn themselves out.  The rest of this Republic remains sane and peaceful.  And let them find the funds to rebuild from their own citizens. 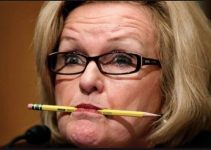