This week’s Weekend Caption Contest™ celebrates Democrats never failing to exploit a crisis and make idiots of themselves in the process. 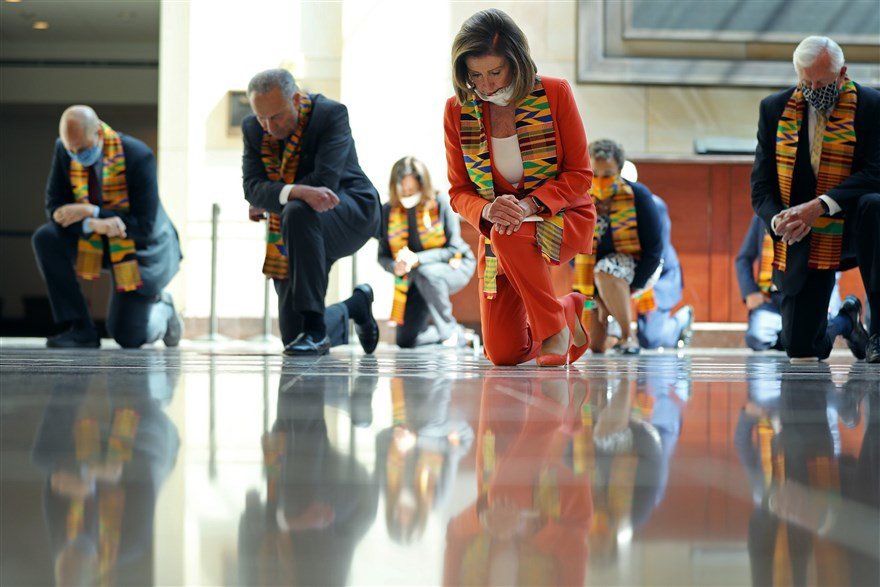 1) (Rodney G. Graves) – “Wearing the tribal colors of those who enslaved your ancestors, we’re here to tell you this time will be different.”

(Eric Steel) – “This chess set is broken, they are all pawns.”

3) (fustian24) – “This is the mating dance of the Virtue Signaling Hypocritical Democrat Puke.

(yetanotherjohn) – “They need to lean over more if they are going to kiss their asses goodbye, I’m just sayin’.”

6) (Mary Gehman) – “…immediately following will be a luncheon of crow and humble pie..”

(Par4Course) – “Mrs Pelosi and her crew pray to find a way to blame Trump and the GOP for the killing of black men followed by vandalism, looting and arson in cities that have been under Democrat control since before most of their constituents were born.”

(Paul Hooson) – “Now, wait a minute. Let me get this right. Jews were slaves for four hundred years. Had their homelands and temple occupied. Tortured during the Spanish Inquisition. Forced to leave country after country due to discrimination. 6 million killed by Hitler. Considered nonWhites by the U.S. Census until 1940. Not allowed to join golf clubs. Discriminated against in hiring and housing.

So how do Jews respond to thousands of years of discrimination, slavery, torture and being murdered?

(Rick Adams) – ““An appeaser is one who feeds a crocodile, hoping it will eat him last.’ — Winston Churchill”

(Mike) – “Democrats annually honoring the memory (and the position) of Monica Lewinsky.”

(retired military) – “Absent : Hillary Clinton who will never be President. Hillary bows to no one except her own reflection.”

Just Say No To Marxists
About State Polls 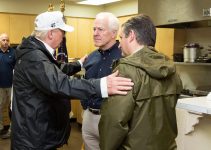