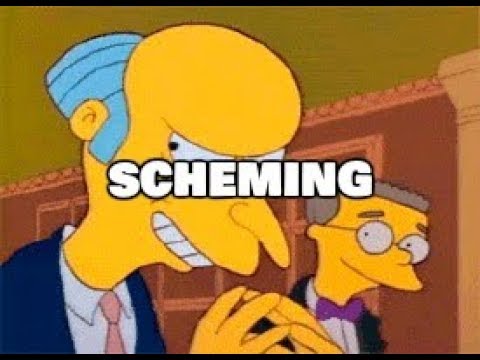 Hollywood and TV are either populated with some very stupid people, or else they like to hide things from the general public. One example of this is how movies and television shows depict candidates showing up out of nowhere and immediately winning the hearts of the voters. The real world is very different, and this matters when we talk about elections. Especially when we are five months from the elections, with a lot still left to be determined.

I have known a number of politicians, and it struck me that many of them compared politics to the card game of Poker. This is not only because you see a number of different situations, but also because you win by building up your position over time. Like a gambler, a politician can lose everything if they say or do something especially foolish, or some can win by surprise if their opponent blunders badly at a critical point. But generally a candidate builds up support carefully over time, and plays from strengths to make gains.

This behavior explains not only why incumbents generally win re-election so often, but also the more likable candidate usually wins Presidential elections. Candidates build support over time, with different kinds of supporters added to their ranks. In 2016, for example, then-candidate Trump had a base of supporters who were excited and strong in their support, in addition to some supporters who felt they had to support Trump in order to prevent Hillary Clinton from becoming President of the United States. A third level of supporters, in-between the two, were won over the course of the campaign by Trump’s explanation of his policies and goals. My point is that Trump’s support rose over time, not in a steady straight line but definitely growing over time. Hillary Clinton did the same thing with her support. Clinton started the 2016 campaign ahead of Trump, because of her stronger name recognition and her 2008 campaign experience. Trump caught up over the general campaign by forcing Clinton to make mistakes and act in a different manner from her projected image.

So why pay attention to what level of support a candidate has at a specific point in time? Partly because this helps catch out bad polls which mislead the public. For this article I am using the May 31 ABC News/Washington Post poll which claimed Joe Biden had a ten point lead on the President.

I found this poll interesting because of several odd points in it. First was the approval problem. The poll showed the President had a 45% approval rating (question 6) among respondents, but only 40% of the general respondent pool said they would vote for him. This runs headlong into what we saw in 2016. The last week of the campaign, Trump only polled a 35% approval rating, yet he collected 46% of the Popular Vote nationwide. All through the 2016 campaign, Trump’s voter support was higher than his approval number, yet in this poll we see the opposite.

This is anomalous and should not be ignored.

The second problem is that among the general respondent pool and among registered voters, the ABC/WaPo poll claims Biden has 53% support as a candidate. Putting it bluntly, based on what? This poll was taken during the multi-month stretch when Biden was basically hiding in his basement, and almost immediately after his faceplant gaffe implying that Blacks owed him their vote. Biden was struggling in the early primaries, but now we’re supposed to see him as a juggernaut? Actual voter support comes from something the candidate does to improve his or her image, and Biden’s resume is an empty parking lot. So color me skeptical when ABC News and the Washington Post decide to announce Biden has a big lead on Trump.

So, like any decent detective I went looking for evidence, and like most suspects the ABC/WaPo poll hid a lot of important details. If you want a good laugh, by the way, go look at the poll they released to the public, and scroll down to the last page. There, ABC News/Washington Post will proudly boast about how they are “a charter member of AAPOR’s Transparency Initiative, which recognizes organizations that disclose key methodological details on research they produce.”

The problem is that this poll does not reveal that information. Nowhere are we told, for example, such information as how many people from each region of the country, how many men and women were contacted, in what cities and states, and in what proportion of rural/urban/suburban locations, with what education or job status, of what age, and other vital demographic education which could confirm that a valid cross-section of the country was contacted for the poll. ABC/WaPo simply posted a throwaway line that “[R]esults are also weighted [to] match the demographic makeup of the population by sex, region, age, education and race/ethnicity”. The reason this is a lie, is because relevant demographics in terms of political opinion are not addressed in the Census – it is a canard on its face because revealing the actual demographics would demonstrate bias to anyone who bothered to work out the numbers and compare them to the Roper Center data form actual elections. Another problem is that a properly done poll will be more difficult and expensive than a throwaway poll made to promote a narrative, and five months ahead of the election no one can prove the pollster was wrong if they make an outrageous claim that is very different from the actual election results. After all, in late October of 2016, ABC News was crowing that Clinton led Trump by a dozen points with just over a week to go.

ABC did a little dance just before the election, cutting the lead to 4 points so they would not be caught out in the final poll-to-results grading.

It’s a common trick, dirty but very much in fashion among the media. So it should not surprise anyone that ABC/WaPo is using the same trick here to help Joe Biden.

So how did they get that number, if it’s not valid? We can work it out by looking at the information that did get published in the poll. Two useful bits of data help us there.

First, if you look at the final question in the poll report, party affiliation is asked. Not only are we not told the demographic details to confirm if “Republicans”, “Democrats”, and “Independents” are presented in a valid cross-section as they actually vote, but we also see that this poll has the highest representation of Democrats, at 31% since the start of the track in April 2019. The poll had 24% representation of Republicans, and 37% representation of Independents, with the remaining 8% described as “other” or “no opinion”. For comparison, if you look at the last five Presidential elections, Democrats have made up 38% of the voters, Republicans 33.8%, and Independents the remaining 28.2%. So to get a more accurate result, we need to work out the estimated vote and reweight by historical average participation.

Let’s start by assuming registered voters who are ‘Democrat’ will vote for the Democrat more often than regular adults who call themselves Democrat, and the same on the Republican side. ABC/WaPo says 31% of the respondents were Democrats, 24% were Republicans, and 37% were Independents.

If I back that out to find support weights that produce the results, that works if each party gives 90% support to their own candidate with a 53/47 split in favor of Biden from Independents by adults and about a 50/50 split among registered voters. I can’t prove that’s how ABC/WaPo did their calculations, but it fits.

If I plug in historical party affiliation numbers, then I get these results:

If we reweight using those historical averages, then the numbers change as follows:

But wait, there’s more. The poll also asks (in questions 4a and 4b) how enthusiastic the voter is for Biden or Trump. Trump gets a net 87% very or somewhat enthusiastic, while Biden only gets 74% very or somewhat enthusiastic. If we reweight using that information, the results become 47-41 Trump, with 12% undecided, which is very much in line with historic voter behavior for this point in an election calendar, and which is also consistent with the President’s approval numbers and known factors influencing voter opinion. That’s not to say anything is locked down, but it certainly shows how manipulating data allows media to sell a false narrative, something we have certainly seen before.