The un-masking records Acting DNI Richard Grenell has released have quite properly caused quite a stir, though the MSM are once again covering this story with a pillow in the hope that it will suffocate.  One of the key questions is how Transitional National Security Advisor Flynn’s identity became known to the President and his closest advisors without there being an un-masking request in the time frame between the date of the call (29 DEC 2016) and the Oval Office meeting on o5 January 2017.

Unmasking? The Real Story Is When [Why] Flynn Was Not Masked in the First Place

Was his call with Kislyak recorded by a different agency than the FBI?

Despite Wednesday’s blockbuster news about the dozens of Obama-administration officials who “unmasked” then-incoming Trump national security advisor Michael Flynn, there remains a gaping hole in the story: Where is the record showing who unmasked Flynn in connection with his fateful conversation with Russian ambassador Sergey Kislyak?

There is no such evidence in the unmasking list that acting national intelligence director Richard Grenell provided to Senators Chuck Grassley (R., Iowa) and Ron Johnson (R., Wis.). I suspect that’s because General Flynn’s identity was not “masked” in the first place. Instead, his December 29 call with Kislyak was likely intercepted under an intelligence program not subject to the masking rules, probably by the CIA or a friendly foreign spy service acting in a nod-and-wink arrangement with our intelligence community.

None of which comes as a surprise to those who have been following sundance’s long series of articles on FISA abuses and Obama era spying, as McCarthy acknowledges.

Beware the ‘Incorrect Narrative’
There is another significant fact that has long been highlighted by the blogger known as “Sundance” at the Conservative Treehouse site. It comes from the infamous Strzok–Page text messages. On May 8, 2017, Strzok texted Page while watching Senate testimony by former acting AG Yates and former DNI James Clapper. As Senator Lindsey Graham (R., S.C.) questioned the two former Obama officials, Strzok wrote to Page (my italics):

F*CK! Clapper and Yates through Graham questions are all playing into the “there should be an unmasking request/record” for incidental collection incorrect narrative.

Indeed.  It appears to me that the Kislyak call was intercepted by GCHQ, our English cousin’s analog to  our NSA, who then relayed to the CIA (as the NSA would indeed have minimalized/masked the identities of any U. S. Persons).  Only an intercept from a friendly foreign agency relayed via a U. S. Agency not subject to minimization/masking could be the source and path.  Only in such a case would the names of any U. S. Persons intercepted on the call would not be subject to minimzation/masking.

As always with this ongoing train wreck, there is another way the call could have been collected and distributed without masking, and with even worse implications.

As McCabe described the origin of the transcripts during his testimony, “They came up—we found them through an effort—without getting into too long of an explanation—in an effort to respond to a tasking from [redacted] and so the results of what we found were communicated to the Agency, who I think had the pen on that response.”

Dan asks, “Who tasked the FBI with finding that call?…Who has the power to order the FBI?”

Exception to Court Order Requirement: The President may authorize electronic surveillance to acquire foreign intelligence information for periods of up to one year without a FISC court order where the Attorney General certifies that there is “no substantial likelihood that the surveillance will acquire the contents of any communication to which a U.S. person is a party,” provided the surveillance is directed solely at communications among or between foreign powers, or “the acquisition of technical intelligence…from property or premises under the open and exclusive control of a foreign power.” 50 U.S.C. § 1802.

Oh, the President can authorize electronic surveillance if it is certified by the Attorney General. Did Loretta Lynch certify a warrant to spy on Michael Flynn on behalf of Obama?

Actually, the question then becomes did AG Loretta Lynch certify the President’s Order in direct violation of 50 U.S.C. § 1802 since one of the parties to the call was not only a United States Person but also a member of the President Elect’s transition team.

I think this question should be asked of Obama and Lynch under oath. 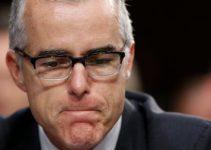