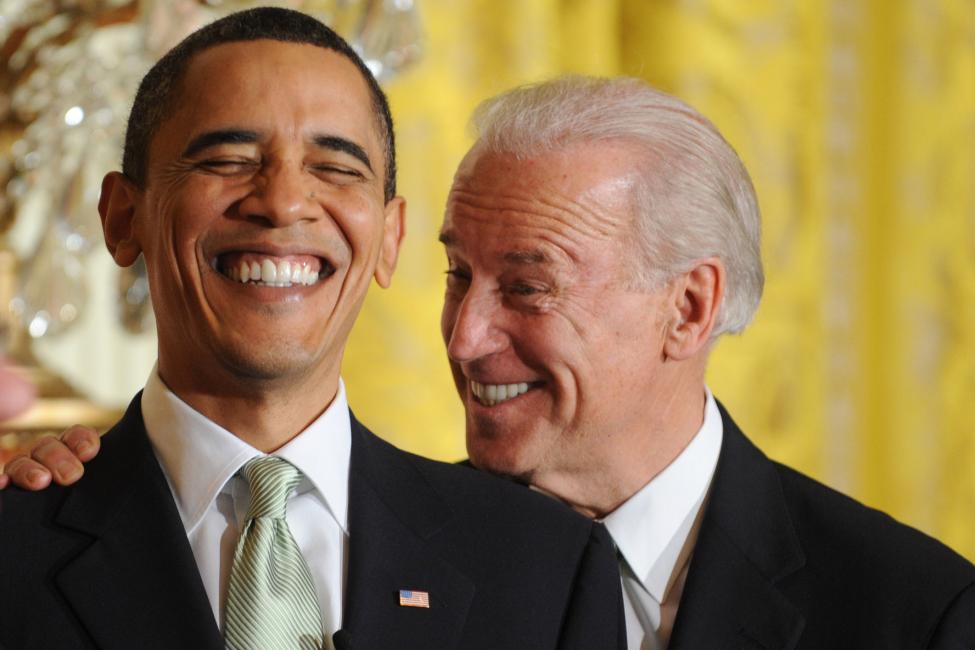 2) (Par4Course) – “Obama and Biden react to the release of the latest unemployment numbers.”

5) (yetanotherjohn) – “I mean, you got the first mainstream Irish-American who is inarticulate and confused and creepy and a decrepit-looking guy. I mean, that’s a storybook, man.”

6) (Daniel Drummond) – “Taken 5 minutes before the arrival of the US Marshals and the warrants.”

(fustian24) – “Who do I have to blow around here to get an endorsement?”

(retired military) – “Biden “Do I have a chance to be President?”
Obama “As much of a chance as Hillary. I mean you are still breathing so yeah theoretically it is still possible but my dog is still breathing and he has a better chance than the 2 of you combined. “”

(Mary Gehman) – ““Who do I have to blow around here to get this sickening smirk off my face?””