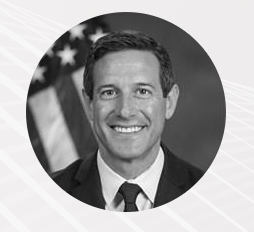 (Mueller’s “pitbull”) was withdrawing from the prosecution of Lieutenant General Flynn.

Then we hear that the U. S. Attorney (Jeff Jenson, former FBI Agent) reviewing the case recommended dismissal of the charges to Attorney General Barr.

Next we hear that Van Grack was withdrawing from all the prosecutions with which he is currently involved (one suspects he is being investigated).

Then the DoJ did indeed move to dismiss with prejudice the charges against Flynn.

WASHINGTON (AP) — In an abrupt about-face, the Justice Department said it is dropping the criminal case against President Donald Trump’s first national security adviser, Michael Flynn, abandoning a prosecution that became a rallying cry for the president and his supporters in attacking the FBI’s Trump-Russia investigation.

In their motion to the Court the DoJ described the investigation as “unpredicated” and the interview of General Flynn as “untethered.”  The short version was that there was no “there” there.

Read the full transcript of Catherine Herridge’s interview of U.S. Attorney General Bill Barr to see how much CBS had to leave on the cutting room floor to minimize the impact.

The Acting Director of National Intelligence then got into the act, reminding the Chair of the HPSCI that the full committee had voted to release 53 transcripts of sworn testimony and that he (the DNI) could and would release them if HPSCI failed to do so promptly.  And being the cheap luggage he is, schiff folded, though not before the acting DNI delivered a full set of the testimony to AG Bill Barr.  Those transcripts are already having an impact:

New Docs Tie Obama in to Effort Against Flynn, Biden Also in Room

According to the newly released documents from the Department of Justice, former Deputy Attorney General Sally Yates learned about the effort against Gen. Michael Flynn from Obama himself.

“Yates first learned of the December 2016 calls between [LTG Michael] Flynn and [Russian Ambassador to the United States, Sergey] Kislyak on January 5, 2017, while in the Oval Office. Yates, along with then FBI-Director James Comey, then-CIA Director John Brennan, and then-Director of National Intelligence James Clapper, were at the White House to brief members of the Obama Administration on the classified Intelligence Community Assessment on Russian Activities in Recent U.S Elections. President Obama was joined by his National Security Advisor, Susan Rice, and others from the National Security Council,” the document states.

“After the briefing, Obama dismissed the group but asked Yates and Comey to stay behind. Obama started by saying he had ‘learned of the information about Flynn’ and his conversation with Kislyak about sanctions. Obama specified he did not want any additional information on the matter, but was seeking information on whether the White House should be treating Flynn any differently, given the information. At that point, Yates had no idea what the President was talking about, but figured it out based on the conversation. Yates recalled Comey mentioning the Logan Act, but can’t recall if he specified there was an ‘investigation,’” it continues.

That became the predicate justification which was just vitiated by the DOJ in their decision to drop the case against Flynn. In their decision, they noted there was no criminal rationale for the interview with Flynn and other documents released recently show that there was an effort to try to get him to lie or get him fired through the interview, to potentially spring a perjury trap on him.

There is a lot of new data here, most of it running exactly opposite of what key players were saying publicly and through the Press.  Were the Press professionals they’d have several weeks worth of revisions, corrections, and apologies in their to-do boxes.