This week’s Weekend Caption Contest™ Special Social Distancing Edition 7.0 reminds us that social distancing protects us all from hair sniffing. 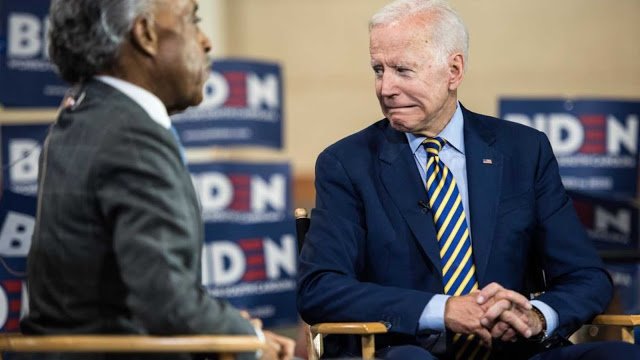 (Par4Course) – “Joe reacts to being told his running mate must be Stacey Abrams.”

2) (Harry Butts) – ““Joe, if you try to pull that old white liberal ‘talk like a black man’ shtick on me, I’ll bitch slap your demented old ass back to Dover.””

(Joe_Miller) – “Imagine if he were WALKING and trying to chew gum at the same time.”

(rodney dill) – ““Guess I picked the wrong week to give up sniffing hair.””

(RadiCalMan) – “What do you mean when you say, “What kind of cracker are you?”, I suppose, I’m a Ritz cracker!”

(retired military) – “Biden “Listen here. I am waiting to get interviewed. Go get me a coffee until the host shows up””

(yetanotherjohn) – “Cream of the crap.”

(retired military) – “And if Hillary were here we would have a total of 8 failed presidential runs for the three people who would never be President.”