This week’s Weekend Caption Contest™ Special Social Distancing Edition 6.0 could be used today and you would barely know the difference. Imagine it with Tapper thinking, “Oh no. Did she really just say ‘Joe being Joe?'”
The assignment this week was to caption the following picture: 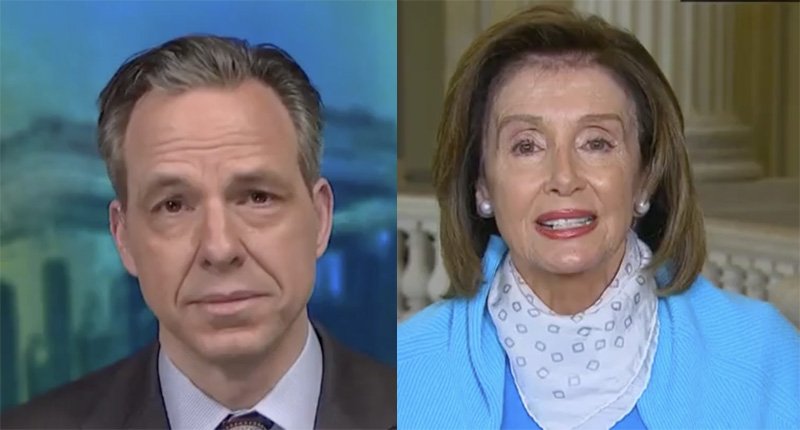 (fustian24) – “A caller asked about Biden’s sexual assault charge and they both froze up.

2) (Olsoljer) – “Tapper finds out the scarf keeps the “evidence” from staining her blue dress.”

4)(patriciamcc) – “The moment Jake Tapper realizes that the party for which he has been a lifelong activist is led by morons.”

(Joe_Miller) – “Wasn’t this an episode of The Twilight Zone?”

6) (RadiCalMan) – “Hey Jake, you can come over anytime and share a “lovey dovey” bar with me!”

(Paul Hooson) – “Sometimes heaven’s missing angel. But, this time a cathedral is missing a gargolye…”

(rodney dill) – “…or the south end of a northbound Hillary.”

(cathymv) – “Jake: who do I have to blow around here to not have to interview the crypt keeper anymore??

Wait? Do I hear Hillary screaming???”

(Mike) – “There once was a sad broadcaster,
Who talked to our own Lady Astor.
The questions he asked
Weren’t up to the task
As his words were all flying just past her!” 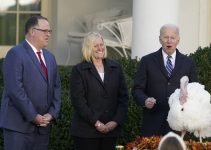