This week’s Weekend Caption Contest™ Special Social Distancing Edition 3.0 tried to scare the virus out of you. Democrat governors everywhere will ban it if it works. The assignment this week was to caption the following picture: 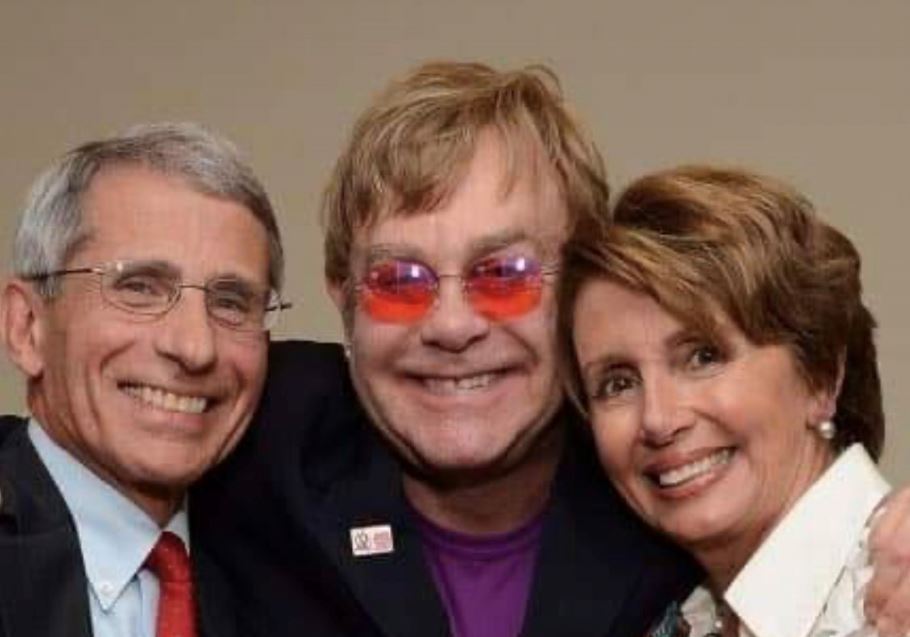 (RadiCalMan) – The Good, the Bad and the Ugly. You make the call!

3) (Daniel Drummond) – I’m sorry, but the IQ standard for entry is at least 120 for each person, not all of you together

5) (engineer) – Elton John announces new 2 song release with accompanying pictures, “Someone Saved My Life Tonight” and “The Bitch is Back”.

(patriciamcc) – A rose between two thorns.

(Joe_Miller) – Don’t Let This One Go Down On Me

(Brian Brandt) – Dr. Fauci: This could be the worst week ever. Well, other than when Trump won the election.

(Wild_Willie) – “Elton, where is your other hand?”

(yetanotherjohn) – Makes sense. I cheat and kill all three.

Best “Who Do I Have to Blow” Caption:

(Paul Hooson) – “Who do I have to blow around here, simply because I like to blow…”.