DoJ Inspector General Horrowitz continues to document the failings of the Federal Bureau of Investigation.  He concluded that the abuses documented in his investigation of the FISA process used against Carter Page warranted a review of un-related FISA applications.

Inspector General Horowitz has released a new audit in which he went back and looked at a random sample of 25 past FISA applications to see if the Woods procedures were followed.

To summarize his findings, no, no they weren’t.

#FISA BREAKING: IG Horowitz on FBI FISA applications and supporting docs, so-called Woods File “As a result of our audit work to date…we do not have confidence that the FBI has executed its Woods Procedures in compliance with FBI policy.” @CBSNews https://oig.justice.gov/reports/2020/a20047.pdf …

6,691 people are talking about this

The predictable spin is that, see, they weren’t just doing this to Carter Page / Trump.

It’s even worse.  There were four additional FISA Applications reviewed, those four had no Woods File (Supporting Evidence and Exculpatory Evidence) whatsoever.

The results were so bad the IG produced an interim memorandum to the DOJ and FBI [pdf link here].  Within the 17-page-memo the IG notifies Attorney General Bill Barr and FBI Director Chris Wray that all of the claimed FISA processes, in every field office, are grossly deficient, and in most cases there is zero compliance with FISA standards.  The IG memorandum is presented before the IG even looks at the specifics of the non-compliance.

Below is the report/memorandum.  Additionally I am summarizing the stunning top-lines identified by the IG memo:

♦ Within the 29 FISA applications reviewed, four were completely missing the Woods File.  Meaning there was zero supportive evidence for any of the FBI claims against U.S. persons underpinning the FISA application.  [ie. The FBI just made stuff up]

♦ Of the remaining 25 FISA applications, 100% of them, all of them, were materially deficient on the woods file requirement; and the average number of deficiencies per file was 20.  Meaning an average of twenty direct statements against the target, supporting the purpose of the FISA application, sworn by the FBI affiant, were unsubstantiated.  [The low was 5, the high was 63, the average per file was 20]

♦ Half of the FISA applications reviewed used Confidential Human Sources (CHS’s).  The memo outlines that “many” of applications containing CHS claims had no supportive documentation attesting to the dependability of the CHS.

♦ Two of the 25 FISA applications reviewed had renewals; meaning the FISA applications were renewed to extended surveillance, wiretaps, etc. beyond the initial 90-days.  None of the renewals had any re-verification.  Both FISAs that used renewals were not compliant.

But wait… it gets worse.

Doesn’t it always…  Get worse that is…

Everyone who signed off on these FISA Applications needs to be prosecuted.  If the Attorney General cannot or will not make that happen, then the FISA should be revoked and the FBI disbanded. 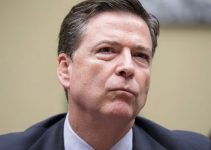