This week’s Weekend Caption Contest™ demonstrates the clever use of camera angle to gloss over some candidates’…shortcomings. The assignment this week was to caption the following picture: 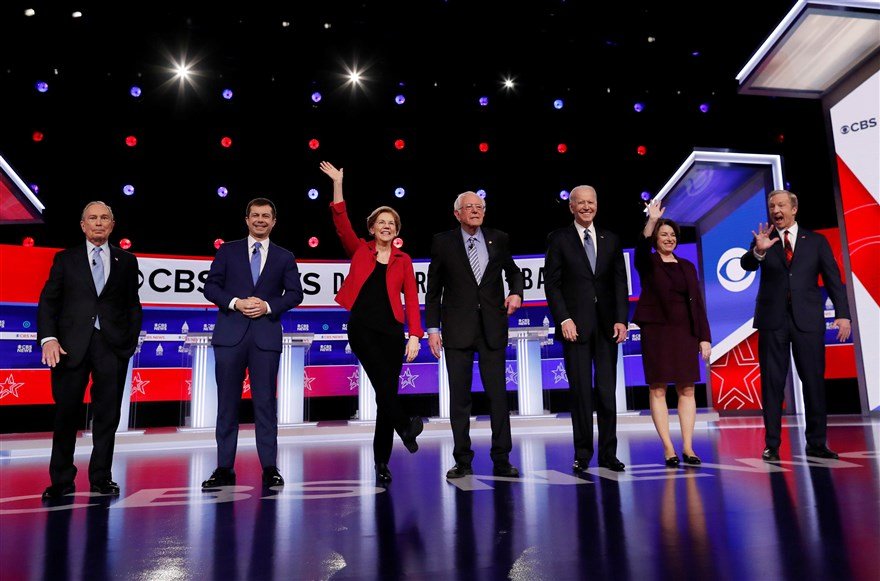 1) (Mary Gehman) – “The MAGA-nificent Seven…because nothing guarantees a Trump win like these guys!”

(Joe_Miller) – “Welcome to the new season of America Lacks Talent!”

(yetanotherjohn) – “(sigh) At least useful idiots are, you know, useful.”

(Retired military) – “The new Village People needed singing lessons but at least they had the fake indian and the gay guy right.”

(Kenny Moore) – “I know! I know! Instead of trying to have a meaningful dialogue – we always fail at that anyway – let’s just scream at each other.”

(Par4Course) – “Kiss this crap goodbye
The pandering and lying
We did what we had to do
Can’t forget, should regret
What we did for votes.”

(EricSteel) – “This is Clinton, yes Hillary Clinton. I would like to make a dinner reservation for seven.”

(Brian Brandt) – “They’re starting to win me over. We all get free stuff and some rich guy will pay for it.”

(RockThisTown) – “Warren shows how she can put her best moccasin forward.”

(Retired military) – “I don’t know what is going on if you had Hillary into the mix they will be known as the Hateful Eight Who Will Never Be President.”

Let’s do the Marx warp again!”

(Blues Harper) – “Who do you have to blow around here to get this off the air?”