Home
Democrats
Intent Is Just Talk, Results Are What Matters

The Soviet Union starved and murdered more of its own citizens than the Germans did over the course of WWII.  They also managed to kill more Jews than did the Nazi’s.

The Chinese Communists likewise killed more of their own citizens than the Japanese did over the course of WWII.

No one knows how many North Korean’s were starved and murdered by their government, but a night time satellite picture of the peninsula tells one most everything they need to know about that outcome. 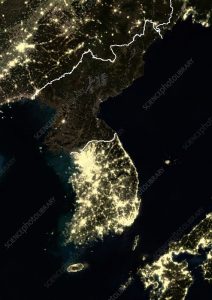 What you say?  They just did it wrong?  And the Cambodians and Cubans as well?

Everywhere it has been tried it has proven to be an unmitigated disaster.

A mere twenty years after the Communists socialists took over Venezuela they have buggered that resource rich nation such that a full third of their population is starving.

20 Years After Socialist Takeover, 1 In 3 Venezuelans Are Starving

By Alicia Luke, the LID

One of every three people in Venezuela is fighting to put enough food on the table, according to a study published Sunday by the U.N. World Food Program. Venezuelans are starving

The assessment found that 9.3 million people are “food insecure.” Seventy percent of Venezuelans said that while food is available, they cannot afford it.

And no, the difference between socialism and Communism is largely meaningless as the former is merely a way point to the latter (according to the Communists) and Fascism is merely a more nationalist strain of the same poisonous tree.

This, my fellow citizens, is what the dhimmocrats are offering.