This week’s Weekend Caption Contest™ was another smashing success-much more so than the woman pictured. The assignment this week was to caption the following picture: 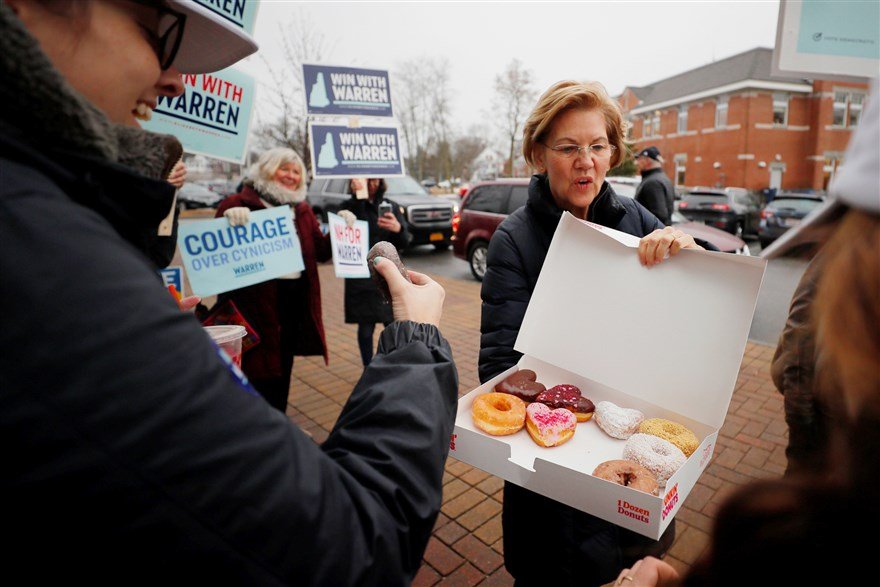 (Patrick_McHargue) – “I took these from someone else. Feel free to eat some!”

2) (Harry Butts) – “Senator Warren holds an analogy of her campaign – a half empty cardboard box only half-filled with unhealthy and empty calories.”

(Retired military) – “Warren “You know, I think I will have a beer with my donuts. Honey would you like a beer as well?””

(Mike) – ““Deep fried in grease. Speaking of Greece, have you seen my economic policies?””

(yetanotherjohn) – “Senator, this isn’t what I meant when I suggested you do some donuts in the parking lot.”

(EricSteel) – “Vote for me and you can have a doughnut.”

(cathymv) – “Being the woke leftist feminist she is… they are no longer called donuts…. they are dovaginas”

(Rodney G. Graves) – “Fauxcahontas deals evil carbohydrates. But at least the dowager duchess of chappaqua is neither on hand nor in the White House.”

(Par4Course) – “These are DOUGH-nuts and Liz is running out of DOUGH. Coinsidence?”