A lot of folks are sitting up and paying attention to the FIS Court.  And as they do, they are concluding that there is an institutional problem:

AT THIS POINT I THINK IT’S FAIR TO SAY THAT THE FISA COURT IS COMPLICIT IN THE ABUSE: FISA Court Selects Lawyer Who Vehemently Denied FBI Misled FISA To Oversee FBI Reforms.

I had reached this conclusion by the tail end of 2019:

I have long defended FISA and the FIS Court as necessary tools in the war against terror.  But if that Court will not adequately defend the Constitutional Rights of United States Persons against clearly egregious fishing expeditions, perhaps stern steps are now overdue.

That was before the FIS Court appointed an operative of the dhimmocrats and the Lawfare blog as amicus currae for remeditiation of FISA abuses.

Last week, my colleague Nick Arama shared the news that the FISA Court had appointed David Kris to assess the abuses that were reported in the IG report. These dealt with warrants garnered against Carter Page, which were found to have material omissions, and in some cases, outright lies pushed to get their approval.

So who is Kris? He’s a former DOJ official who was appointed by Barack Obama and served under Eric Holder. He’s also a partisan hack who spent the last three years excusing FBI abuse, misstating facts, and trashing Devin Nunes for being correct in his assesseements on FISA abuse.

These are not the actions of a court which means to end abuses perpetrated upon it, it is the action of a court that has thrown in with the abusers.

Today is the deadline Judge Rosemary Collyer set for the government to inform the FISA court of how it will stop lying to obtain secret surveillance orders. The court needs to do much more.

By Margot Cleveland, the Federalist

While the IG’s 478-page report includes many damning details, the following passage indicates that the FISA court abdicated its responsibility of providing “an external check on executive branch decisions to conduct surveillance” in order “’to protect the fourth amendment rights of U.S. persons.” This paragraph describes how the government described their sources to the FISA court:

The final application submitted to the FISC contained a description of the source network that included the fact that Steele relied upon a Primary Sub-source who used a network of sub-sources, and that neither Steele nor the Primary Sub-source had direct access to the information being reported. The drafts, read copy, and final application also contained a separate footnote on each sub-source with a brief description of his/her position or access to the information he/she was reporting. The Supervisory Intel Analyst assisted the case agent in providing information on the sub-sources and reviewed the footnotes for accuracy. According to the [Office of Intelligence] Attorney, the application contained more information about the sources than is typically provided to the court in FISA applications. According to [the Deputy Assistant Attorney General, Stuart] Evans, the idea was to present the source network to the court so that the court would have as much information as possible.

Time and past time for Truth, Consequences, or disestablishment.

The Meme That Dare Not Be Mentioned
Weekend Caption Contest™ Winners Week of January 10, 2020
Tags:Terminate FISA 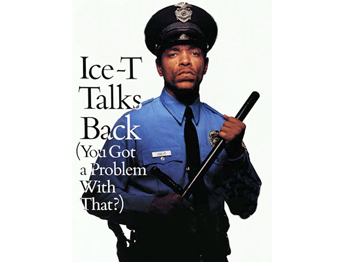