It was a plot to assassinate Saudi Ambassador Adel al-Jubeir with C-4 explosive as he dined at his favorite restaurant. It was code-named ‘Chevrolet,’ but was thwarted by U.S. Intel agencies that same year. Five years later, the upper echelon of those same U.S. intel agencies would plot a coup to overthrow the results of the 2016 presidential election. 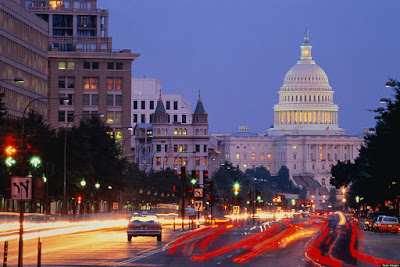 Back in 2011, then-FBI Director Robert Mueller said many lives could have been lost had the bomb plot against the Saudi Ambassador had succeeded. Members of Congress were quick to condemn Iran over the plot. Saudi Embassy officials said they appreciated the U.S. efforts to prevent the crime. The United States used the thwarted bomb plot to ratchet up sanctions and recruit international allies to further isolate Tehran. Iran’s U.N. ambassador called it all a ‘prefabricated scenario,’ and complained of ‘warmongering’ by the U.S.

Same as it ever was.

One of the would-be assassins, Manssor Arbabsiar, was sentenced to 25 years in prison on May 30, 2013 in Federal Court. Another, Quds Commander Soleimani, took a mangled dirt nap last week thanks to Pres. Donald Trump. One more remains at large in Iran, evading U.S. justice.

Dane Schiller at the Houston Chronicle deftly described many of the puzzle pieces in 2015:

“The plot seemed absurd, at first.

An Iranian-born car salesman in Texas was on a mission to hire a Mexican hit man – who was secretly a DEA informant – to kill the Saudi ambassador to the United States. Blowing up a crowded Washington, D.C., restaurant would be catastrophic. It also marked the first known instance of Middle Eastern terrorists uniting with a Mexican cartel to spill blood on U.S. soil.

…The night the DEA called the FBI, the informant secretly recorded a meeting he had with Arbabsiar, as the two sat in a car in the border city of Reynosa. Arbabsiar shared his plan.

He was working for his cousin, a general in the Quds Force, a special forces unit of the Iranian Islamic Revolutionary Guard Corps. The U.S. branded the unit as a state-sponsored terrorist group in 2007 for its attacks on Coalition Forces and other acts.

During that meeting with the informant in Reynosa, Arbabsiar spoke of hiring him and his cartel team to kill the ambassador, then later doing other jobs, such as hitting the Israeli Embassy to the United States as well as Saudi and Israeli embassies in Argentina.

But first, Abel bin Ahmed Al-Jubeir, the Saudi ambassador to the United States, had to die – and Arbabsiar said Iran would pay $1.5 million for each attack on U.S. soil.

The informant flew to Houston the next day and shared a more than two-hour recording with DEA and FBI agents at the DEA’s Houston Division headquarters, not far from the Galleria Mall.

“It was evident to everybody who sat in the room and listened to that recording that whoever was on the other end of the recording thought he was hiring our guy to commit that assassination,” Raia recalled of the recording. “The way he talked, he was very calculating. He had a plan.”

But why? Sectarian hate and violence is the short answer.

Saudi Ambassador Adel al-Jubeir was targeted inside the USA to be an example of the Quds force power and global reach.

NBC News at the time described reactions from the Obama administration to the thwarted assassination plot:

“The idea that they would attempt to go to a Mexican drug cartel to solicit murder-for-hire to kill the Saudi ambassador, nobody could make that up, right?” Secretary of State Hillary Rodham Clinton said in an interview with The Associated Press.

“Attorney General Eric Holder, appearing at a news conference with Mueller and Bharara, declared, “The United States is committed to holding Iran responsible for its actions.”

Asked whether the plot was blessed by the very top echelons of the Iranian government, Holder said the Justice Department was not making that accusation. But he said the conspiracy was conceived, sponsored and directed from Tehran. The U.S. describes the Quds Force as Iran’s primary foreign action arm for supporting terrorists and extremists around the world.

…Obama called the Saudi ambassador and expressed solidarity with the kingdom, the White House said. “President Obama underscored that the United States believes this plot to be a flagrant violation of U.S. and international law, and reiterated our commitment to meet our responsibilities to ensure the security of diplomats serving in our country,” the White House said in a statement.

…The complaint filed in federal court says Arbabsiar confessed that his cousin Abdul Reza Shahlai was a high-ranking member of the Quds Force who told him to hire someone in the narcotics business to target Al-Jubeir. U.S. authorities described Shakuri as Shahlai’s deputy who helped provide funding for the plot. Shahlai was identified by the Treasury Department in 2008, during George W. Bush’s administration, as a Quds deputy commander who planned the Jan. 20, 2007, attack in Karbala, Iraq, that killed five American soldiers and wounded three others.

Arbabsiar, Shakuri, Shahlai and two others — Qasem Soleimani, a Quds commander who allegedly oversaw the plot, and Hamed Abdollahi, a senior Quds officer who helped coordinate — were sanctioned Tuesday by the Treasury Department for their alleged involvement. The department described all except Arbabsiar as Quds officers.

A senior U.S. official told NBC News that U.S. intelligence has a “high degree” of confidence that the “Quds Force at the highest levels” was involved in the alleged plot and that this was not some “rogue operation.”

Read those last 2 paragraphs again. Eight years on, in light of the failed coup attempt against Trump that began even before he was inaugurated, and all the wretched things we’ve learned of Deep State corruption amid the myriad of success Trump has amassed, we have perspective:

In 2011, Robert Mueller was FBI director; Eric Holder was Attorney General; Hillary Clinton was Secretary of State; and Barack Obama was POTUS when Quds Force commander Soleimani plotted a terrorist attack to assassinate a foreign diplomat on American soil. An attack then-FBI Director Robert Mueller said could have killed hundreds of Americans.

Yet, this same Obama cabal aggressively, defiantly pushed through the Iranian nuclear deal sellout, financed Iran’s terrorist ambitions when Obama orchestrated the released of $150 billion in seized global funds back to Iran, including $1.5 billion in cash airlifted into Tehran in the middle of the night – then plotted an elaborate, occluded coup attempt for regime change – not in Tehran – but in Washington, D.C.

In 2011, Quds Commander Soleimani Sent Agents to Bomb Washington D.C. It took many years, but thanks to Pres. Trump, Soleimani paid the ultimate price for that crime. Will Obama, or anyone from his administration, pay a high price for their crimes?