Home
Democrats
On The Senate Balance 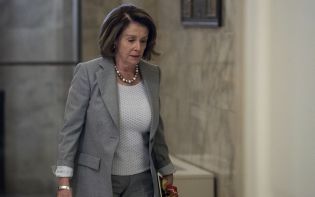 With all the noise and spin going on, it seems fitting to me that we should establish known facts of the Impeachment matter. But given the strong differences between the case against President Trump and the ones against Presidents Johnson, Nixon, and Clinton, I will tag this crisis the Ukraine Blunder. Using that name allows each side to assume it was the other side which screwed up. But from there, here are the known facts:

• The Democrats never accepted President Trump’s 2016 election win
• The Democrats began discussing impeaching Trump before he even took office
• There have been endless claims, investigations and insults by Democrats and the media targeting President Trump
• The public is – for the most part – sick and tired of all of this

The last pertinent point to make is that the Democrats did indeed impeach President Trump. And yes, it was the Democrats who impeached President Trump, rather than the bipartisan Congress. This matters because the Senate will handle the trial which is mandated by the Constitution. Yes, there are irregularities in the Democrats’ case which weaken their argument, And yes, Speaker Pelosi has – again – embarrassed the Democrats by trying to manipulate the Senate’s rules through delaying delivery of the impeachment articles. But in the end, there will definitely be a trial in the Senate. And eventually a vote to convict or acquit. This post discusses the forces at work and the likely vote tally as I see it.
Article I, section 3, clauses 6 and 7 make clear that the Senate has “sole” authority for how the trial proceeds. In short, Senators who are present for the trial will vote on the impeachment case, and the trial will be whatever length and in whatever fashion the Senate decides. The Senate rules are already in place and unlikely to be changed, and this gives two most-probable forms:

1. A simple discussion of the case and evidence submitted by the Democrats during the House hearings, followed by a summary vote; or
2. A longer public hearing in the Senate where House managers lay out their case in a more formal setting, but the Republicans call their own witnesses and submit their own evidence
In the end, however, the Senators have four choices = vote to convict, vote to acquit, vote ‘present’ or elect not to attend at the time of the vote. I believe the Senators have already generally decided their votes.

The reason comes down to the four kinds of states involved:

Also of note, there are thirty-three senators up for re-election in 2020, 21 Republicans and 12 Democrats. Those Senators will be under strong pressure from their party, but also in some cases from their state.

So let’s start with the four state-kinds and the likely known support, starting with the Democrat states.

There are twelve states which supported Democrats, with 23 Democrat Senators and 1 Republican Senator. Seven Democrats are up for re-election and one Republican, Cory Gardner of Colorado. It is reasonable to expect all 23 of the Democrats to vote to convict, but it’s likely Gardner will vote to acquit; he is not seen as vulnerable to losing his seat. That gives us a 23-1 advantage for the Democrats at this point.

Next, there are twenty-five states which supported Republicans, with 42 Republican Senators and 8 Democrat Senators. Sixteen Republican Senators are up for re-election and two Democrats, Doug Jones of Alabama and Jeanne Shaheen of New Hampshire. It is reasonable to expect all 42 Republicans to vote to acquit, and 6 Democrats to vote to convict. For now, let’s set the two Democrats in GOP states up for re-election to the side. That changes the tally to 43-29 in favor of the Republicans.

Next, there are eight states which can be called Hillary States, where Hillary enjoyed stronger support in 2016 than the average for the other 5 elections since 2008. They have 13 Democrat Senators, 2 Independent Senators, and 1 Republican. Three Democrats are up for re-election and one Republican, Susan Collins of Maine. It is reasonable to expect all 13 Democrats to vote to convict, the 2 Independents will also vote to convict, and we’ll set the Republican in Hillary country to the side for now. That changes the tally to 44-43 in favor of the Democrats.

That brings us to the five states which can be called Trump States, where Donald Trump enjoyed stronger support in 2016 than the average for the other 5 elections since 2008. They have 9 Republican Senators and 1 Democrat. Three Republicans are up for re-election. It is reasonable to expect all 9 Republicans to vote to acquit, and for now I will set the one Democrat, Joe Manchin of West Virginia, to the side even though he is not up for re-election. That changes to tally to 52-44 in favor of the Republicans, with four Senators left to reconsider.

Before going on, it should be understood that the Senators have been talking to each other, and they are all smart people, so the numbers I have covered are already known to them. This means that the Senators already know that President Trump will be acquitted. The vote is a formality, except for two points:

1. The Democrats and Republicans would both love to be able to win over a Senator or two from the other side, in order to claim that their side was “bipartisan”. Given the highly partisan nature of the House vote, the Democrats are especially desperate to get this kind of emotional victory
2. The three Senators in ‘enemy territory’ who are up for re-election will be under intense pressure from both sides, and their vote may well decide how they fare in the primaries and the general election later.

So let’s look at those four Senators, starting with Susan Collins of Maine.

Susan Collins has been a Senator since January of 1997, which means she participated in the Senate impeachment trial of President Bill Clinton. It’s notable, therefore, that in that trial she voted against convicting President Clinton on both articles. She seemed to struggle with her decision at the time, and has been on record opposing Republicans on a number of controversial issues. It appears likely she will vote “present” or simply not appear for the vote in Trump’s Senate trial, leaving the vote tally at 52-44 GOP, but denying the Democrats a vote for their side.

Next up is Jean Shaheen of New Hampshire, who has been a Senator since January 2009. Senator Shaheen has largely opposed President Trump, voting against him in ever major issue vote. Shaheen defeated Scott Brown in 2014, 51.6% to 48.4%, so she is in a weakened position. Trump lost New Hampshire in 2016, but only by 0.37% of the vote, and his position in the state for 2020 can fairly be called competitive. I think it is likely that Senator Shaheen will also vote “present” or simply not appear for the vote in Trump’s Senate trial, leaving the vote tally at 52-44 GOP.

Next to consider is Doug Jones of Alabama, who took office in January 2018 in controversial fashion. Jones is far behind three other candidates in most polls, meaning he needs help to win re-election. Jones is the Democrat most likely to vote to acquit President Trump, and I believe he will do so. That makes the tally 53-44 GOP.

Finally, consider Joe Manchin of West Virginia, who took office in November 2010. Joe Manchin has been willing to go against the Democrats’ leadership, and while he is not up for re-election, being on record in West Virginia as standing against President Trump would be remembered in a bad way. I believe Joe Manchin will vote to acquit President Trump, making the final count 54 votes to acquit, against 44 to convict.