This week’s Weekend Caption Contest™ rounds out a great holiday weekend. The assignment this week was to caption the following picture: 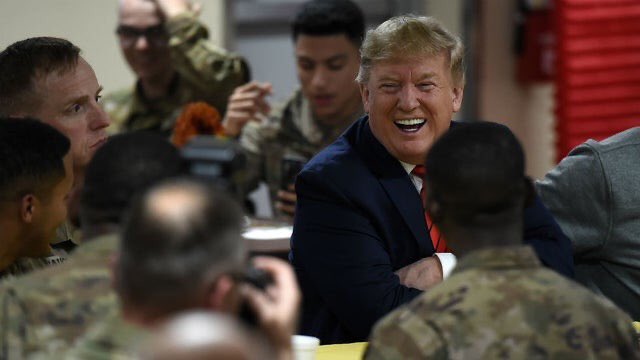 1) (guido81_MA) – “Hillary woulda been here today except she lost and she hates you guys, anyway.”

4) (Mike) – “I’m married to a gorgeous, sexy woman. I’m president of the United State. And I live rent free in the heads of every liberal in the Western world…what’s not to smile about?”

(Harry Butts) – “Yeah, I’m not that chickenshit tosser who honored a deserter; I support real soldiers who kill terrorists and protect the innocent.”

(Joe_Miller) – “Tickling your Commander in Chief can get you a dishonorable discharge, but probably not from this guy.”

(fustian24) – “Al Baghdadi reminds us that Epstein didn’t kill himself either!”