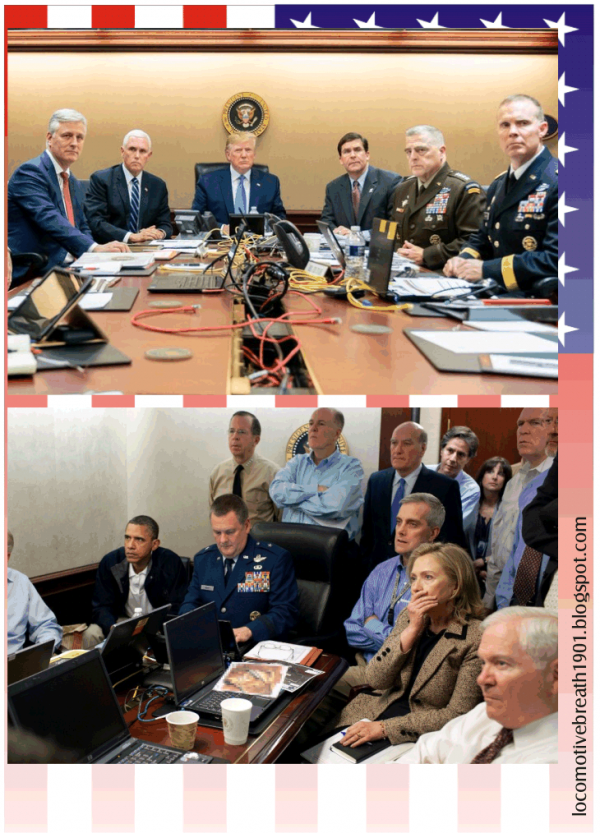 Obama ‘hesitated;’ ‘played cards’ all day; looked small in the situation room – and the Left politely praised our brave and determined CiC – ‘bin Laden is dead and General Motors is alive.’

Yesterday, Trump announced that ISIS leader al-Baghdadi ‘died like a dog. He died like a coward. The world is now a much safer place. God bless America.’ Trump kept the lying leakers of Pelosi, Schiff, Engel, et al out of the loop because “I don’t want to have people lost” – and the Left is loosing its collective poop – going so far as to praise the dead terrorist, Baghdadi. 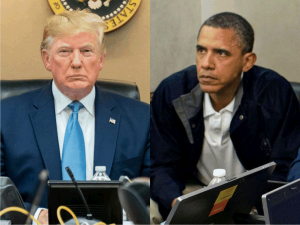 The WaPo then doubles-down on stupid: Baghdadi’s death underscores what we’ve lost by abandoning Syria’s Kurds

Others are grateful:
Parents of Kayla Mueller grateful for death of ISIS leader who held their daughter hostage

“(CNSNews.com) – Announcing the death of ISIS leader Abu Bakr al-Baghdadi during a Special Forces raid in northwestern Syria, President Trump used deliberately denigrating language to describe a man who claimed to have been on a divine mission to usher in Allah’s kingdom on earth.

In his statement at the White House, Trump portrayed Baghdadi as a coward to the end, a man who killed three young children as he took his own life by detonating a suicide vest as the U.S. forces bore down on him.

“He died after running into a dead-end tunnel, whimpering and crying and screaming all the way,” he said of the man who in June 2014 declared himself “Caliph Ibrahim,” the political successor to Islam’s 7th century founder, Mohammed, and demanded allegiance from the world’s Muslims.”

May the Lord have mercy on his miserable soul.

Rest not. The battle at home continues: