TOM says, Bad news for me — I was getting awesome traffic out of this story.

“Now she has to quit her $174,000-a-year job as a member of Congress and go back to California to smoke her bong naked.

See you around, cupcake. Have a nice life.”

“Remember when Clinton lied and then we had months of “Everyone Lies” pieces?

Well, here’s CBS with a Everybody Has a Triad Monogamous Relationship piece. This was actually published over the weekend — before Hill resigned.”

It is with a broken heart that today I announce my resignation from Congress. This is the hardest thing I have ever had to do, but I believe it is the best thing for my constituents, my community, and our country.

See my official statement below. pic.twitter.com/nG97RQIwvO


In this new age of emotional children who take no responsibility for their poor life choices, Katy Hill rides that wave like an eager campaign staffer: Katie Hill Posts Tearful Video Blaming ‘Abusive’ Husband and the Vast, Right-Wing Conspiracy Machine

“In the four minute video Hill had very little to say about the ethics violations that led to the investigation by Redstate reporter Jennifer Van Laar. She had nothing to say about the staffers she seduced on taxpayer time, or the fact that as she was voting for the bill that made such an act a violation of House rules she was involved in that very behavior.

Instead Hill evoked her gender and a seemingly random and unsubstantiated claim of abuse from her husband.”

‘Evoked her gender.’ Help her, Patriarchy. You’re her only hope.

“The same people who demonize males for far less gave Hill a free pass for her egregious abuse of power.”

To paraphrase singer/songwriter Joe Jackson, “Don’t you know that it’s different for Democrats?” 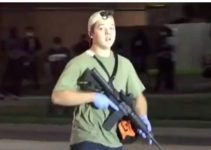 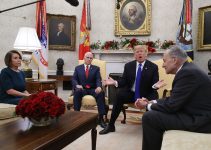