Boy howdy, this DOJ announcement is alarming on many levels.  Imaad Zuberi, a 49-year-old resident of Arcadia, California, has agreed to plead guilty to a variety of illegal activities surrounding campaign contributions, political influence, and unregistered lobbying on behalf of foreign clients.  Mr. Zuberi was under DOJ, FBI and IRS investigation since 2015 (<= important aspect on the alarming part).

Note the investigation has been ongoing since 2015, but charges were only filed now.

Federal prosecutors today filed a criminal case charging Imaad Shah Zuberi, a Southern California campaign fundraiser, with falsifying records to conceal his work as a foreign agent while lobbying high-level U.S. government officials. The criminal charges allege that Zuberi engaged in lobbying efforts that earned him millions of dollars, most of which was pilfered from his clients, and Zuberi has agreed to plead guilty to those charges at a later date, pursuant to a plea agreement. 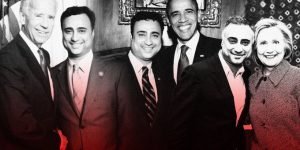 And when the tide changed the targets changed. 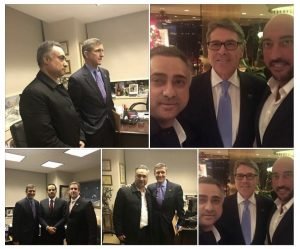 So, what do you think the media headlines are? 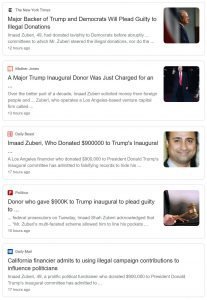