This week’s Weekend Caption Contest™ falls at the end of a week during which we honor all those Americans lost on September 11. May we never forget what happened that day or put people in charge who will try to ignore it (i.e., see this week’s picture).
The assignment this week was to caption the following picture: 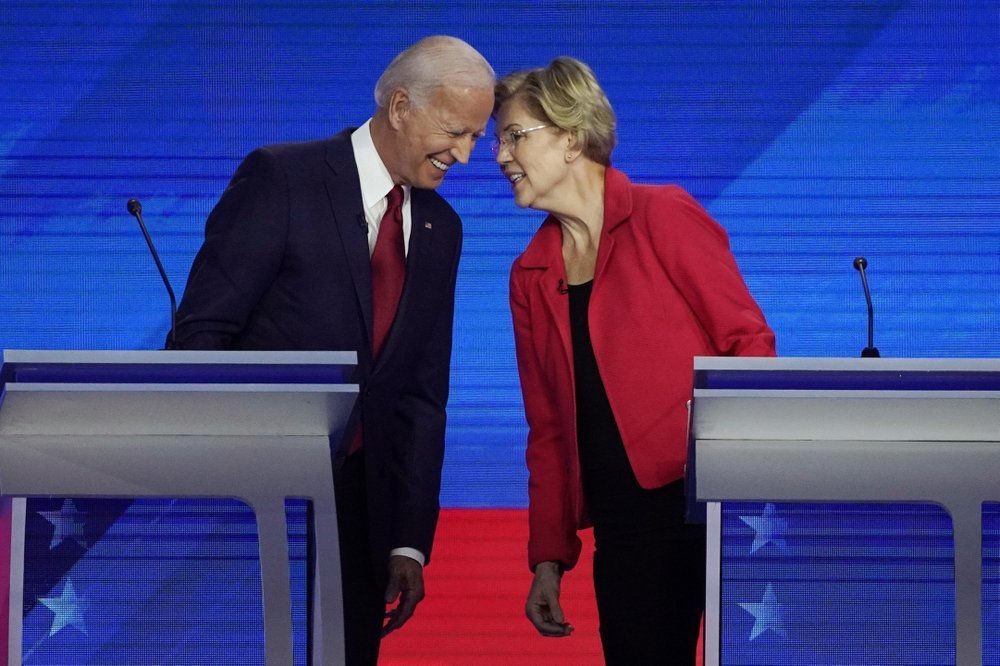 (yetanotherjohn) – “Warren has no reservations when it comes to Biden.”

(rodney dill) – “Warren: “Here we stand on the broad shoulders of those that came before us, like Hillary Clinton.”
Biden: “Her ass ain’t so tiny either.””

(RadiCalMan) – “We may be both dumber than dirt, but we’re still smarter than Beto!”

(RockThisTown) – ““Joe, you really wrapped up the youth vote by saying ‘record player’ instead of ‘Edison sound reproducer.’”

(yetanotherjohn) – “Let’s get Hillary in here so all the people who will never be president can touch heads.”

(Brian Brandt) – “Dear Candidate Yang,
I heard you want to give $1,000 a month to some people. Please gimme some so I can lay my fat ass around all day and laugh at the people who actually go to work and pay taxes. I need a new flat screen. Please help.”