This week’s Weekend Caption Contest™ ushers us into the end of summer as we watch President Trump school globalists everywhere. The assignment this week was to caption the following picture: 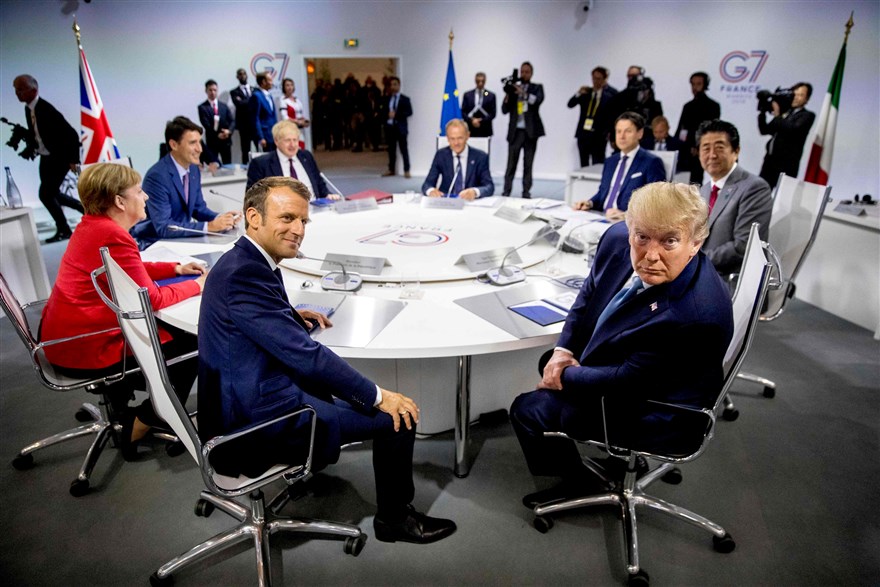 4) (cathymv) – “Cowards to the left of me, appeasers to the right and here I am, stuck in the middle with ewes…”

5) (EricSteel) – “The plot of the next Matrix movie, Donald Trump is Agent Smith and he is turning world leaders into clones of himself. He has already turned the PM of Great Britain. Now he has 5 other world leaders trapped in a room…”

(RockThisTown) – ““Would you pardon us, please? I’m trying to help France surrender!””

(Paul Hooson) – “Read what the critics have to say about this week’s caption photo:

“A homosexual masterpiece!” …. THE ADVOCATE

P.S. – THE ADVOCATE’S profound apologies to Chancellor Merkel for mistaking her for a man…”

(yetanotherjohn) – “Sorry Hillary, there is no seat for you at the G7 … ever.”

(Rick Adams) – “Seriously, you know they took turns with various photographers framing the photo such that each leader in turn was the predominant subject.”

(Joe_Miller) – “I was gonna say this is an episode of The Apprentice in about 6 years.”