This week’s Weekend Caption Contest™ paid homage to the MSM’s never ending mission to distort facts and promote the Democrat party. Atta boy/girl/other! The impressive thing is that most of the captions here possessed more facts than any MSM story about the Squad this week. The assignment was to caption the following picture: 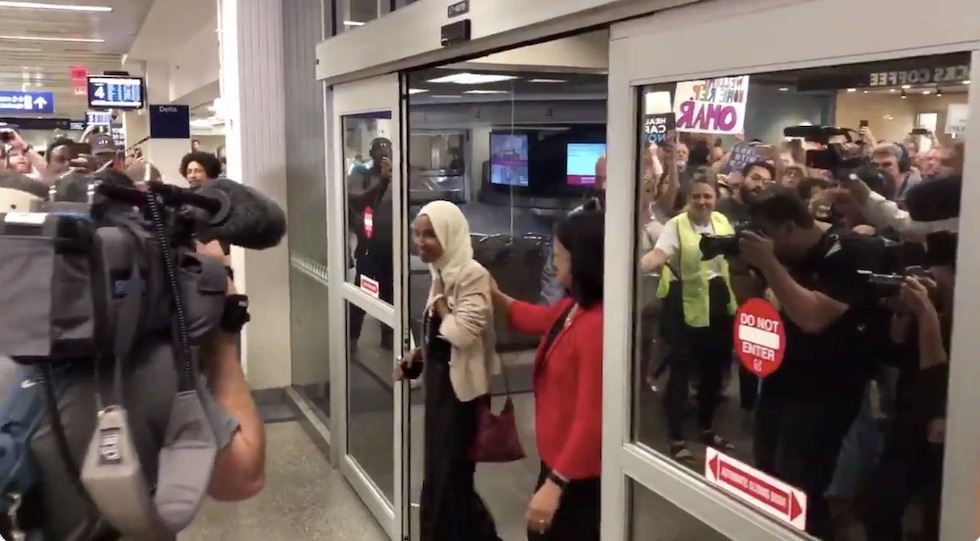 2) (RockThisTown) – “Not shown is all the baggage she carries.”

3) (Rick Adams) – “Oh, look, it’s a… spontaneous, unplanned gathering of supporters, ready to go at a moment’s notice with… a bullhorn… and songs and chanting… and signs… with the media notified… at night… through eel-infested waters…”

5) (Mary Gehman) – ““Where’s my brother? He was supposed to meet me here and carry me over the threshold…””

(RadiCalMan) – “Just because I’m an illegal citizen, a polygamist and a tax fraud, doesn’t mean I can’t serve as a DemonCratRat!, I was born to do this!”

(yetanotherjohn) – “Come and see the racism inherent in the system.”

(rodney dill) – “When Trump hits hard,
You’re not sure how it felt.
Time to detonate,
Your suicide belt.”

Hillary “Look at that. The press got the damn gate wrong again””