This week’s Weekend Caption Contest™ celebrated some great American traditions: patriotism, mom scowls, and site crashes. We also have a contest first as far as my time here goes: a three way tie for Reader’s Choice. The assignment this week was to caption the following picture: 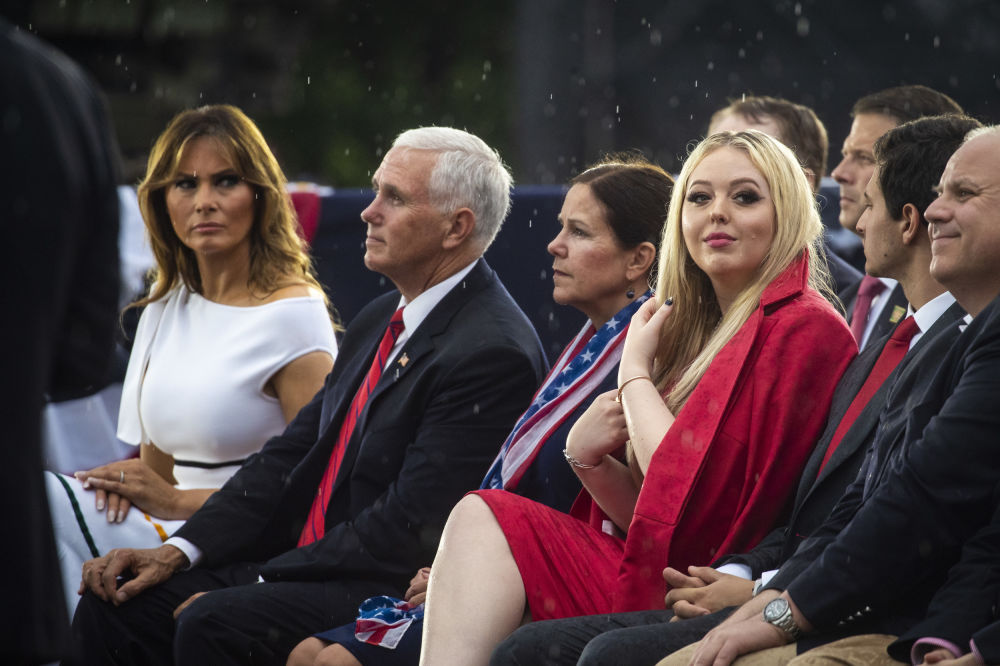 Pence, get off your ass and get it back running! I’ll be damned if I’m going to miss the winning captions particularly this week when it’s about me instead of you morons.”

4) (retired military) – “Pence “Melania. Because no sexual fantasy ever started with there I was sitting between my wife and Hillary””

5) (Par4Course) – “Melania spots a NY Times reporter in the crowd.”

6) (Joe_Miller) – “First row is for powerful men and their trophy wives. Who the hell let Pence in here?”

(RockThisTown) – “CNN: We have the latest on the Mike Pence scandal. He was seen sitting next to a woman not his wife. We’ll have more later as this scandal unfolds.”

(Mary Gehman) – “It looks like Pence is between a mock and a hard face!”

(Paul Hooson) – “So, this man asks where he can park a baby stroller at the event. Someone recognizes him. “Look, Jeffrey Epstein brought a date!”.” (shared with Scorpion, whose “Oh My God” response to this is what made me laugh out loud).

(EricSteel) – “Something is missing? Oh yeah, Hillary Clinton. because she will never ever be on that stage again.”