This week’s Weekend Caption Contest™ demonstrated that the 2020 Democrat candidates have potential to match up to Hillary’s performances in the caption contest but still have some work ahead of them to get there. May I recommend on-camera petit mal seizures or wearing tents to up their game? The assignment this week was to caption the following picture: 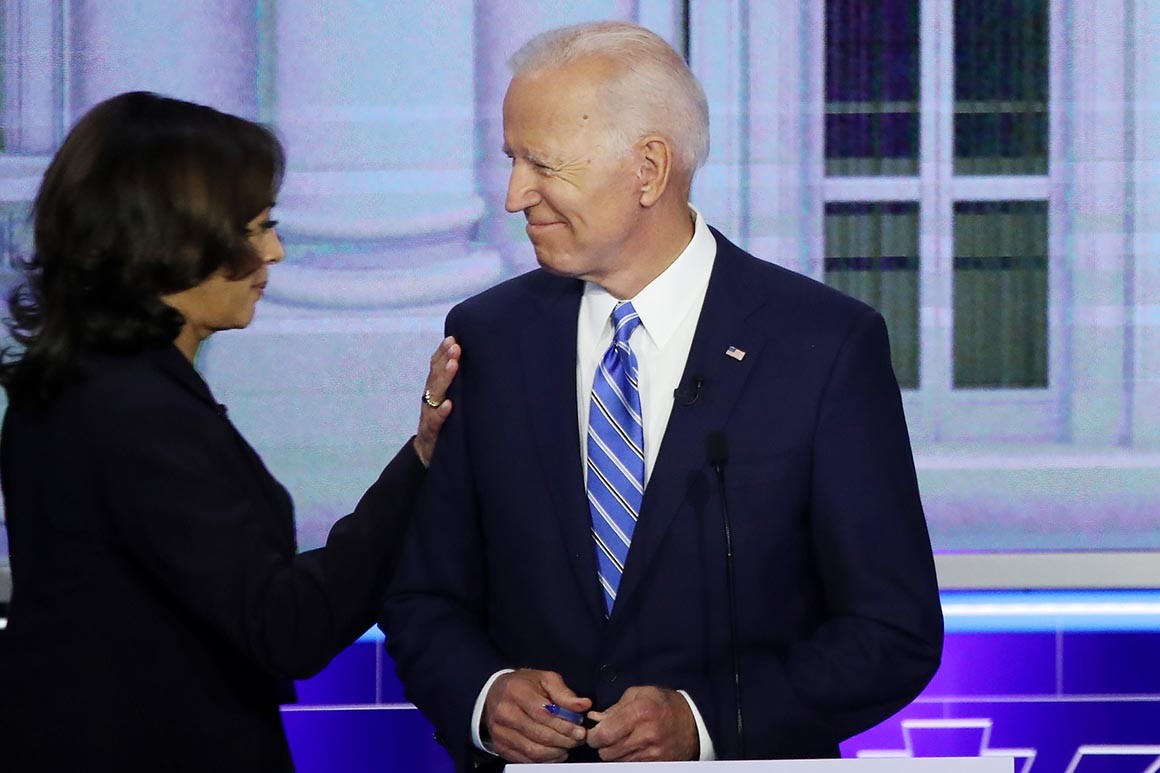 1) (yetanotherjohn) – “Joe didn’t like to wear his glasses on camera, but he was very glad to see Obama had come to support him.”

5) (Par4Course) – “Biden: “We might have room for you on the ticket. Are you still sleeping your way to the top?””

(sarahconnor2) – “In a stunning twist, Kevin won Most Inappropriate this week when he posted the contest.” (Thanks everyone! Thanks, Kevin!)

(Scorpion) – “Kamala: And after this debate, I’ll have YOU put in chains.”

(retired military) – “Biden “and I worked with Barack Obama. You, miss, are no Barack Obama”

Harris “Joe you would be surprised what some surgery and make up can do. Just ask Michelle”

(Brian Brandt) – “Miami Police Beat-
Former First Lady Hillary Clinton was apprehended at the Civic Auditorium on two successive nights trying to gain admittance to the candidate staging area, claiming to be running for president. Ms. Clinton failed a field sobriety test on both occasions. She was taken to the county lockup, and released the next morning to her aid, Huma Abedin. Ms. Abedin posted bail and promised the Night Court judge that there would be no repeat of the incidents. At least until Inauguration Day, when D.C. police would be on alert to prevent any further disruptions.”

Two Americas: one is real, the other is in the Democrats' imagination
Wizbang Weekend Caption Contest™