This week’s Weekend Caption Contest™ had a great showing despite the late start. Friendship bracelets and double winners per place for everyone! The assignment this week was to caption the following picture: 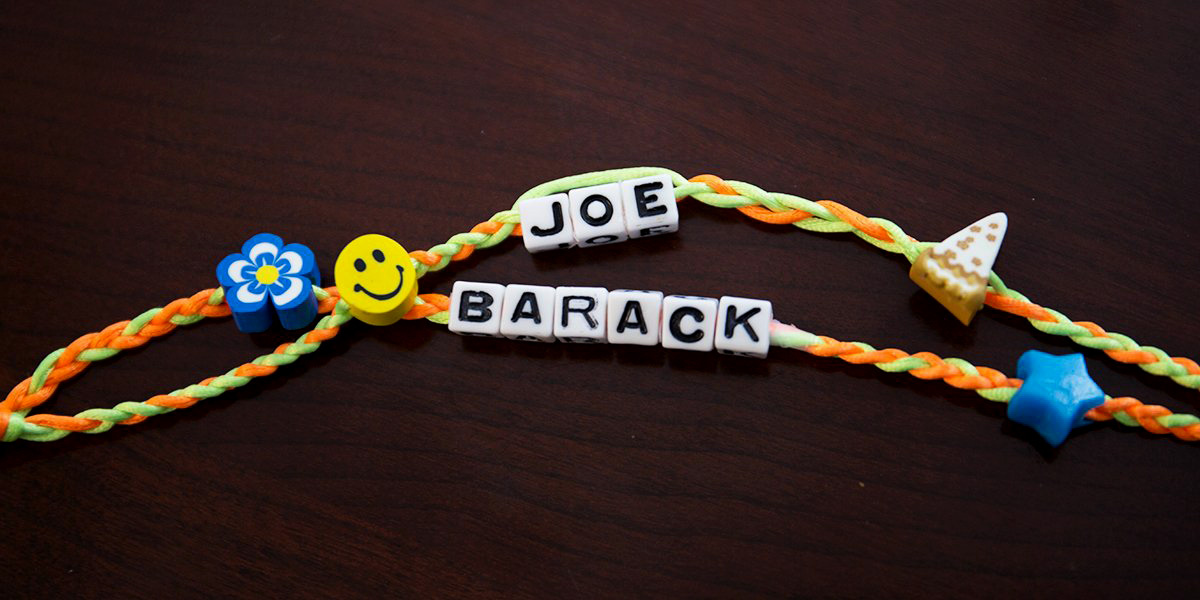 2) (retired military) – “Biden “And Barack and I made this friendship bracelet for John here. A good friend of mine who lost both his arms in a farm accident. Come on up and get this John.””

(fustian24) – “Trump’s is made of iron and doesn’t have the names of any commie pansies on it.”

3) (yetanotherjohn) – “We waited all day for this caption contest and all we got was this lousy friendship bracelet.”

(Kenny Moore) – “I mean, you got the first mainstream African-American jewelry that is clean and nice-looking. I mean, that’s a storybook, man.”

(Rick Adams) – “:”Dear Penthouse Forum: I never dreamed this would happen to me, but…””

5) (jim_m) – “Sources have revealed that the bracelet is woven from the hair of women groped by Biden.”

(RadiCalMan) – “So, slow Joe touches not only women and girls!”

(RockThisTown) – “Well, that locks up the junior high school girl demographic . . . for Trump.”

(Par4Course) – “Joe nearly strangled himself when he tried to wear this friendship necklace – and his BFF Barry offered to finish the job.”