This week’s Weekend Caption Contest™ was…memorable. The assignment this week was to caption the following picture: 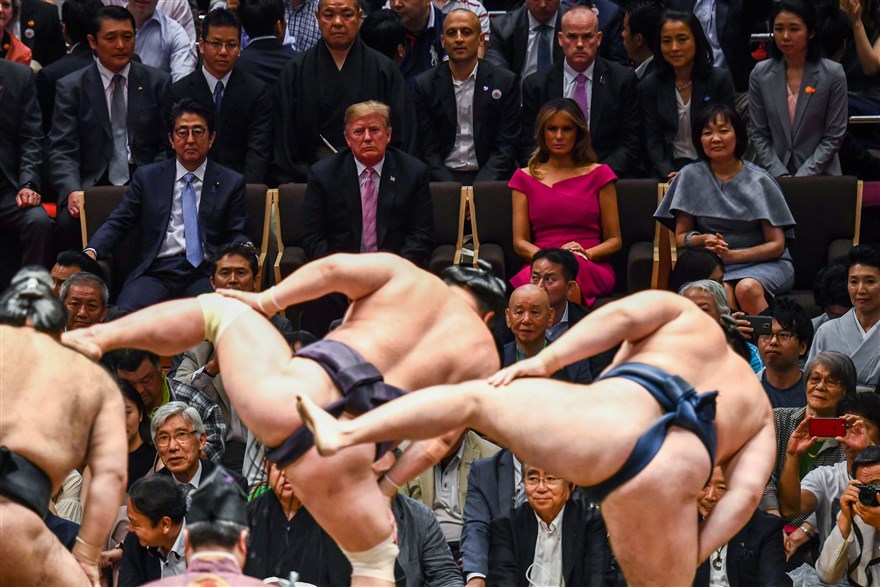 (jim_m) – “Sumo wrestlers? Thank God! I thought it was a bunch of topless feminists protestors.”

4) (Scorpion) – “I like the Japanese method for dealing with a hostile media. You can let them up now, I’ve seen enough.”

(fustian24) – “I don’t know what this is, but it always got Obama pretty hot and bothered.”

(yetanotherjohn) – “Join the secret service they said. Travel to foreign lands they said. See exotic things they said … well I say if one of those thongs lets lose I am not jumping in front of it.”

(Par4Course) – “This photo really cracks me up.”

(RadiCalMan) – “Hey Melania, how do you think I would look in one of those thongs?”

Best use of the Trump Administration Caption of Choice:
rodney dill had the best one of the week. Here’s another great Hillary themed one:
(retired military) – “Melania “Have you ever seen anything like this before?”

Trump “Once. It was on a polaroid I found in the Lincoln bedroom”” 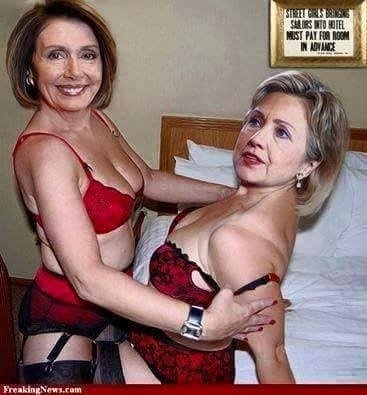 (fustian24) – “My understanding is that they take the entire apparatus and push it up into the body cavity. A sumo wrestler can take a kick to the groin without even wincing.”