The mad mullahs are at it again.

BEIRUT—A U.S. conclusion that Iran was behind recent strikes on oil tankers has reignited concern about Iran’s ability to wage guerrilla warfare in one of the world’s most vital waterways.

This is an example of asymmetrical warfare and deniability.  The mines used were what is known as limpet mines; explosives affixed to the hull (usually magnetically) by swimmers and detonated by a timer.  The weapon and tactics date back to the second world war, where they were employed by Italian, German, and British forces. 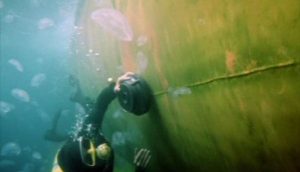 This seems to be a new capability for the Iranians, and is believed to be conducted by the Revolutionary Guard Corps, which also control most of the light craft used to harrass shipping in the straits of hormuz.  Proving it would be difficult, as one of the divers would have to be captured alive and made to talk.  Considering how dangerous it is to conduct combat swimmer operations in the Persian Gulf (where survival time in the water is limited by shark and snake attack), it must be assumed that the personnel so employed are not adverse to suicide before capture.

Anti-swimmer measures are difficult for merchant vessels and harbor defense forces to employ effectively without collateral damage.  Warships equipped with Sonar are better suited to self defense against combat swimmers, but merchant vessels are not so equipped and most marine terminals and harbors are adverse to visiting ships dropping explosives to discourage swimmers.

The small fast vessels of the IRGC are best countered by aircraft (with guns, rockets, missiles, or cluster bombs), or by destroying their support bases ashore or at sea.  Those support facilities would themselves be at real risk and difficult to defend from our own combat swimmers.  Seems like a job for the OMFG (Ohio, Michigan, Florida, and Georgia) SSGN’s and their embarked combat swimmers. 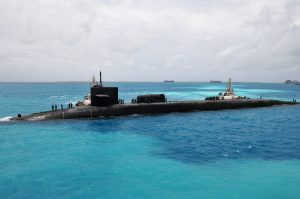