The curious and still un-resolved case of General Flynn continues.

Svetlana Lokhova’s complaint now raises the question of whether the efforts to spy on the Trump campaign date back even further, to late 2015 or early 2016.

By Margot Cleaveland, the Federalist

Lokhova’s 66-page complaint reads more like a political shock jock transcript than a legal document: “Stefan Halper is a ratf—er and a spy, who embroiled an innocent woman in a conspiracy to undo the 2016 Presidential election and topple the President of the United States of America,” her lawsuit opened. But behind the colorful language—clearly crafted for public consumption—Lokhova’s lawsuit lays out facts that suggest spying on the Trump campaign began in early 2016 and with the aid of British intelligence.

My reading of the situation to date is different.  I believe General Flynn came to the attention of former Ambassador to the United Nations Samantha Power. 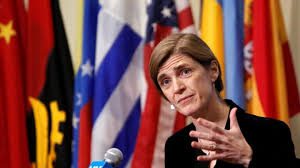 She was using intelligence culled from the massively fraudulent FISA 702 (17) [“about”] contractor searches to unmask the United States Persons incidentally collected.  She did so as part of her campaign on behalf of the Palestinians, and Michael Flynn was an obstacle to her progress.  It further seems to me that one of the three FISA Chapter One warrants refused by the FIS Court was for surveillance of Flynn.  It also seems clear to me that said surveillance was indeed conducted without a warrant.  This illegal surveillance was one of the activities which the FISA Chapter One warrant on Carter Page was intended to obscure (since Flynn was within two degrees of separation from Page).