This week’s Weekend Caption Contest™ showed that despite our independence, the US still shares some commonalities with the UK. One is the love of using an entire law enforcement squad to arrest a person who poses no violent threat but has political significance. The assignment this week was to caption the following picture: 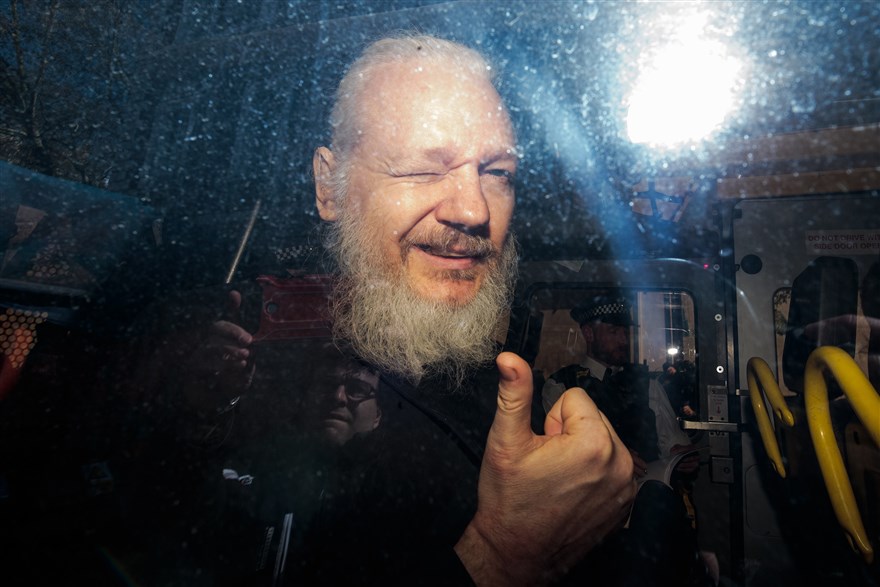 2) (yetanotherjohn) – “After his demand that Prince Charles meet with the great blue lizard of happiness was met, Assange surrendered.”

3) (rodney dill) – “No worries about that border wall… I’ve leaked plans to the migrant caravans on how to build a giant wooden badger.”

5) (BluesHarper) – “I’m the new shiny object CNN will use to distract you from the democrats’ spying scandal.”

(guido81_MA) – “David Letterman hits hard times and is forced to take the bus.”

Honorable Mention(s):
(RadiCalMan) – “The truth shall set me in JAIL”

(Paul Hooson) – “See what happens when you abuse the Internet for evil instead of using it to host a site called Teenage Enema Nurses?”

(Mary Gehman) – “…just add a photo of Randy Quaid and you’ve got triplets!”