This week’s Weekend Caption Contest™ didn’t inspire as many responses as other weeks but there were some great captions. Points were given for working in Apple/Cook references. The assignment this week was to caption the following picture: 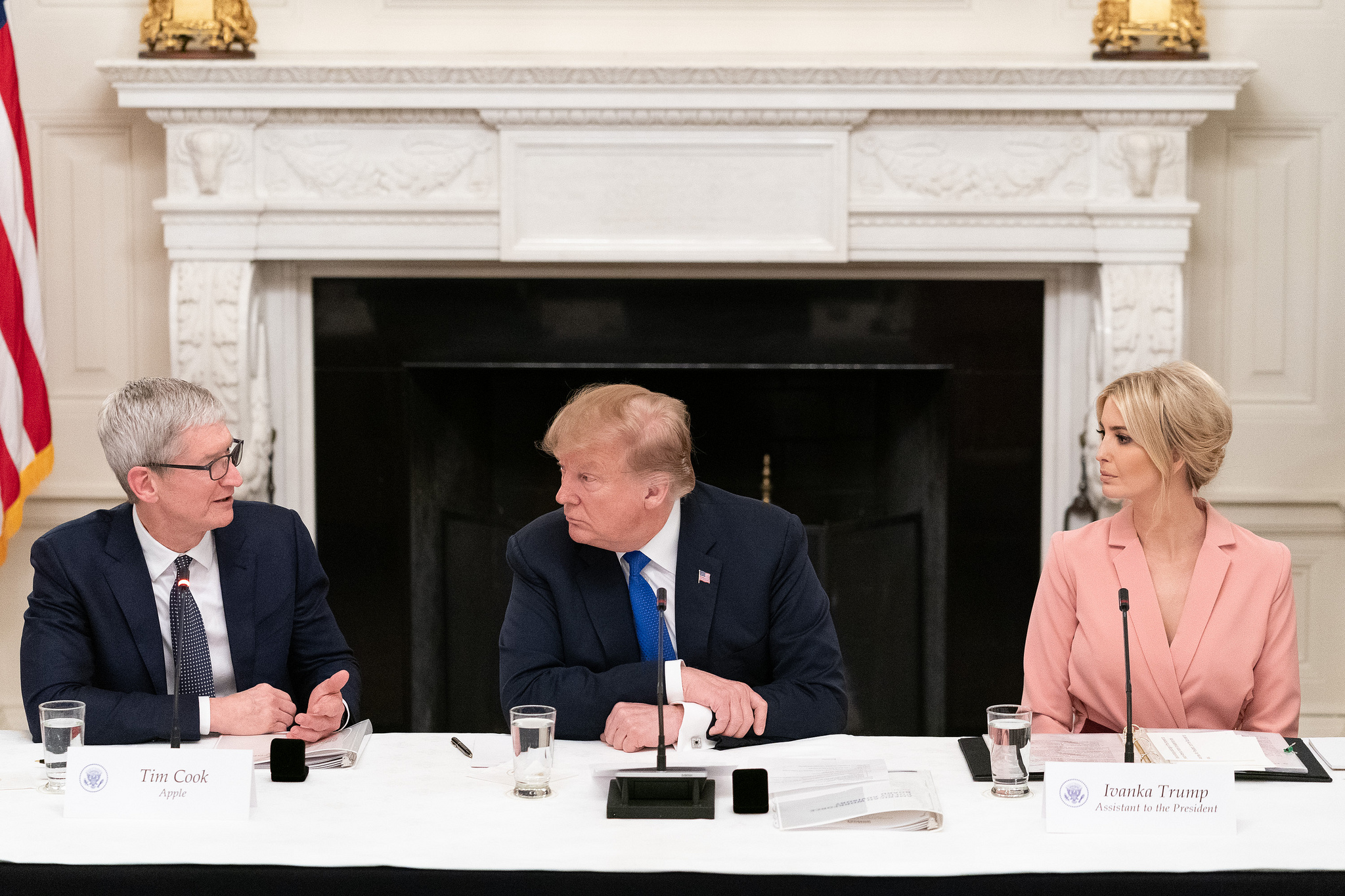 1) (EricSteel) – “So Tim, I know you hate me, but what do you think Bernie Sanders is going to do for Apple?”

4) (guido81_MA) – “If you promise not to increase tariffs on our Chinese slave labor products, I will promise to NEVER force another shitty U2 album onto an unsuspecting public.”

5) (Moe!Larry!TheCheese!) – “But, Don, the goal of Big Tech is to HELP tyrants electronically control their populations.”

(Mary Gehman) – ““When you fire someone from your company, are they considered apple turnovers???””

(RadiCalMan) – “You know Tim, your predecessor said “Think Different”, well I’m “Completely Different”, so get used to it.”

(cathymv) – “Trump: Tim, tell me, do I look stupid to you?? Do you think that I am as easily bought off as Hillary? Do you see HIllary here today? No, and you never will. You’re welcome!”

(jim_m) – “We used to have her do it but the glasses kept on arriving empty.”

Malfeaseance
Is Alexandria Ocasio-Cortez a real congresswoman or a puppet for dangerous people?