Slate has published a commentary about late-term abortion that every Republican should read.

It’s subtitle is “What it’s like to have the most devastating event of your life become a misrepresented political talking point.”

The theocrats in the Republican Party will probably reject the message that the commentary’s author is conveying. They are determined to turn their interpretations of the Tanakh and New Testament into criminal and civil law, in violation of the First Amendment. This is happening in the state of Oklahoma, where Republicans politicians constantly try to criminalize all abortions.

. . . and speaking of Oklahoma’s Republicans politicians, from the Tulsa World:

“U.S. Sen. James Lankford renewed his efforts to repeal the Johnson Amendment, a long-standing tax policy that prohibits religious congregations and other nonprofits from participating in partisan political activity. Lankford and other opponents of the law say it’s a First Amendment issue related to freedom of religion and speech.”

For what it’s worth, the Christian faith doesn’t requires preachers and churches to talk about political issues.

Christian ministers are supposed to be doing this: 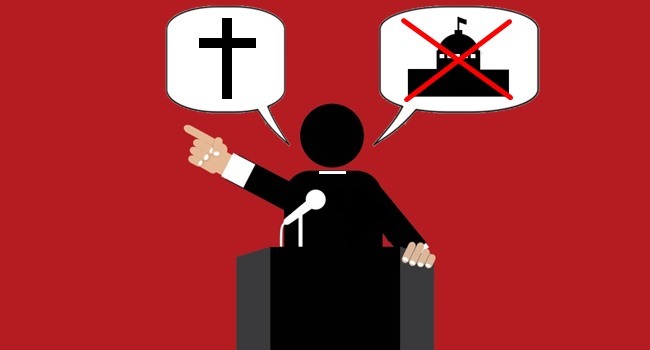 Yet, too many of them have married their cultural and political beliefs to their interpretation of the Bible.

Everything that we hear, read and see is filtered through our personalities and our cultures. That goes for the Republican Party’s theocrats, too. They just don’t admit it.

Derp States Sees And Hears No Evil From The Clinton Crime Family
A Response to the Tax-the-Rich Crowd
Tags:abortion, Republican Party, Republicans, Theocrats