This week’s Weekend Caption Contest™ marked another week with an iconic photo and an even more iconic MSM/Democrats coordinated smear job. Unfortunately for the left, in this era of I-phone videos, it’s hard to keep a major lie going, especially when people actually research your poster victim. The assignment this week was to caption the following picture: 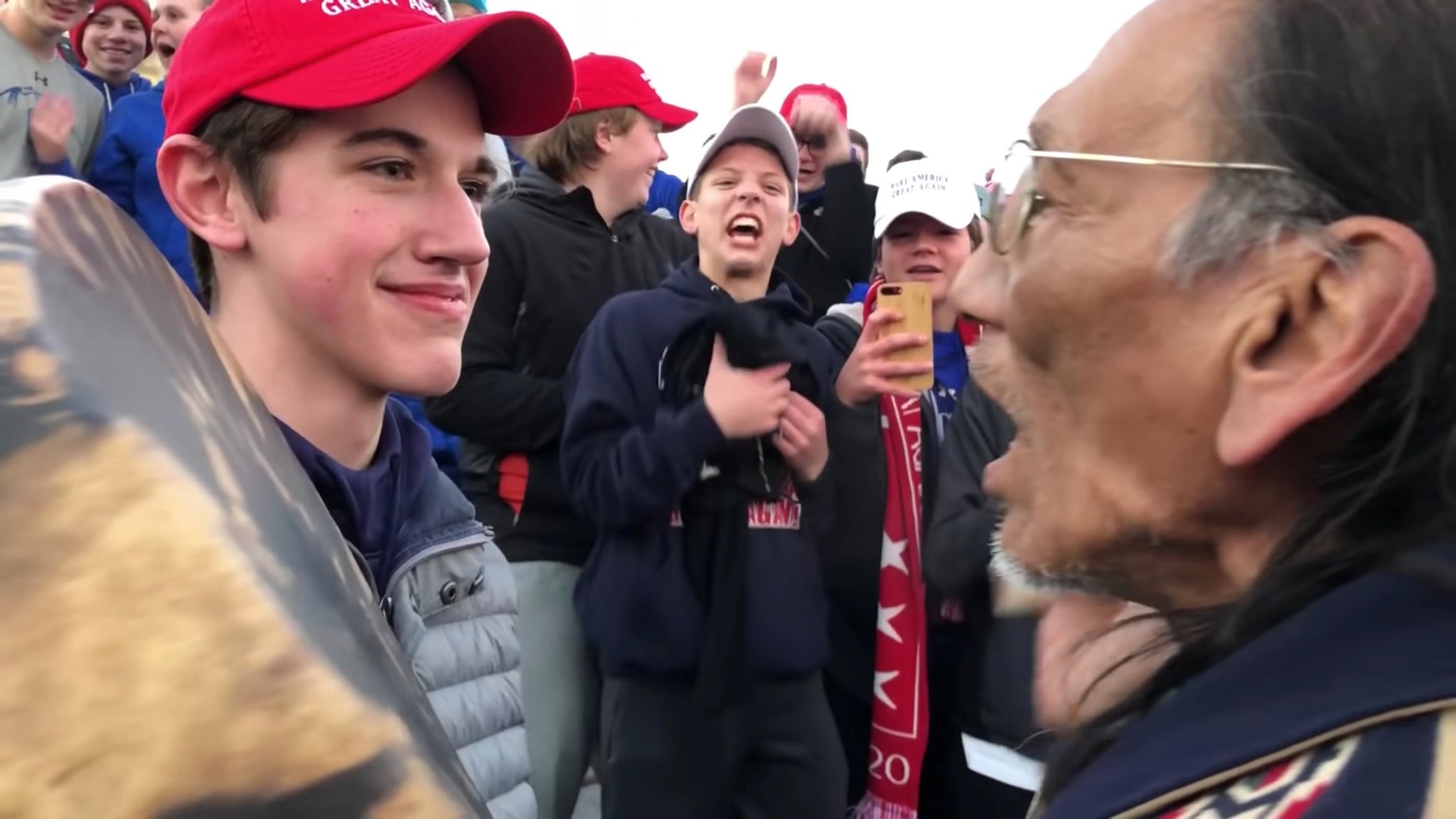 (fustian24) – “A fake Vietnam War vet fakes banging on a fake drum to fake a confrontation for fake news to broadcast a fake video in support of a fake narrative which was picked up by fake pundits from both the left and the fake right.”

3) (RadiCalMan) – “What ever happened to “Smile and the whole world smiles with you”?”

4) (Retired military) – “Phillips “Why are you smiling?”
Boy “Because I am happy”
Phillips “Racist””

(Par4Course) – “Pro-life teen smiles at dishonest injun in the shadow of Honest Abe.”

5) (Rdm42) – ““I was repairing refrigerators in the jungles of Nebraska, son! I demand respect!””

(guido81_MA) – “Liberal reasoning: Hey, if we can kill them at birth, what’s so bad about destroying their lives when they are teenagers?”

6) (Mike) – ““Rich man,poor man, Beggar man,thief, Doctor, lawyer, Indian chief.”
Does it ever bother you that beggars and thieves get higher billing than you?”

(RockThisTown) – “Peyote Coyote’s story blew up in his face. Thanks, Acme & Road Runner!”

(Blues Harper) – “Though I walk through the valley of death, I will fear no fake Vietnam vet, for I have my MAGA hat.”

(rodney dill) – “Why is this Indigenous American’s drum like Alexandria ocasio cortez?
The more they get banged the looser they get.”

(EricSteel) – “I can’t decide what’s best, that there will never be a hat for President Hillary Clinton, or how much the Democrats are losing their minds over MAGA hats.”

(jim_m) – “Of course not. The Illinois Nazis are far more tolerant than the people at CNN and MSNBC.”