A congressional Democrat’s constituents are in shock over the fact that the Democrat did the right thing.

First, here is the background story as provided by Steve Cortes:

When I think of the fraternal Catholic organization the Knights of Columbus, I mostly recall pancakes and basketball. In my parish when I grew up, the Knights regularly served pancake breakfasts to raise money for worthy community causes. I also once won their free-throw shooting contest at my parochial school!

The millions of Catholic men who belong to the Knights of Columbus would probably be stunned to learn that at least two U.S. senators seem to consider membership in this laudable service organization as somehow disqualifying from serving as a federal judge.

Sens. Mazie Hirono and Kamala Harris, in written questions to District Court judge nominee Brian Buescher, challenged his suitability for the bench because he belongs to this charitable Catholic group. Hirono claimed that the Knights have taken “extreme positions” such as affirming Catholic belief in traditional marriage and even asked Buescher, “If confirmed, do you intend to end your membership with this organization to avoid any appearance of bias?” In today’s Democratic Party, the new McCarthyism asks, “Are you now, or have you ever been, a member of the Knights of Columbus?”

Harris wrote that “the Knights of Columbus, an all-male society comprised of primarily Catholic men … opposes a woman’s right to choose.” Anyone who ever pledged a college fraternity or sorority, take note — Harris does not seem to approve of your membership in a single-sex organization. Anyone who further dares to personally embrace longstanding Christian doctrine on the sanctity of life, including the unborn, should also seek employment outside of the federal bench. Such anti-Catholic bias represents not just a discriminatory affront, but also an unconstitutional religious litmus test for appointees.

One Democratic member of Congress didn’t ignore such an overt attack on religious freedom. Instead, she publicly rebuked the attackers in an op-ed column published by The Hill.

Here is an excerpt from the column:

Whether we think of ourselves as Christians, Hindus, Muslims, Sikh, Buddhists, Jews, atheists, agnostics, or anything else, it is imperative that we stand united in our commitment to protect religious freedom and the right to worship or not worship, safely and without the fear of retribution.

We must stand together, and with one voice condemn those who seek to incite bigotry based on religion. We cannot allow those who are anxious to exploit our differences to drive a wedge between us. We cannot and will not tolerate prejudicial treatment of those with whom we disagree, any more than we would tolerate such treatment of those with whom we agree.

Standing up for freedom of religion for all people is as critical now as it’s ever been — hatred and bigotry are casting a dark shadow over our political system and threatening the very fabric of our country. . .

While I oppose the nomination of Brian Buescher to the U.S. District Court in Nebraska, I stand strongly against those who are fomenting religious bigotry, citing as disqualifiers Buescher’s Catholicism and his affiliation with the Knights of Columbus. If Buescher is “unqualified” because of his Catholicism and affiliation with the Knights of Columbus, then President John F. Kennedy, and the ‘liberal lion of the Senate’ Ted Kennedy would have been “unqualified” for the same reasons.

Article 6 of the U.S. Constitution clearly states that there “shall be no religious test” for any seeking to serve in public office.

No American should be told that his or her public service is unwelcome because “the dogma lives loudly within you” as Sen. Dianne Feinstein (D-Calif.) said to Amy Coney Barrett during her confirmation hearings in 2017 to serve as U.S. Circuit Court judge in the 7th Circuit.

While I absolutely believe in the separation of church and state as a necessity to the health of our nation, no American should be asked to renounce his or her faith or membership in a faith-based, service organization in order to hold public office.

Because that Democrat member of Congress defended freedom of religion – as well as pointed out an obvious violation of the U.S. Constitution – The Hill now reports “Gabbard-Hirono clash shocks Hawaii“.

There is something wrong with the Democratic Party if a Democratic politician can’t defend freedom of religion without being criticized by other Democrats for doing so.

There is something seriously wrong with the Democratic Party if only one Democratic politician is willing to rebuke Democrats who attack freedom of religion.

Being a member of the Roman Catholic branch of the universal Church doesn’t disqualify a person from a federal judgeship. Anyone who believes otherwise isn’t fit for public office. 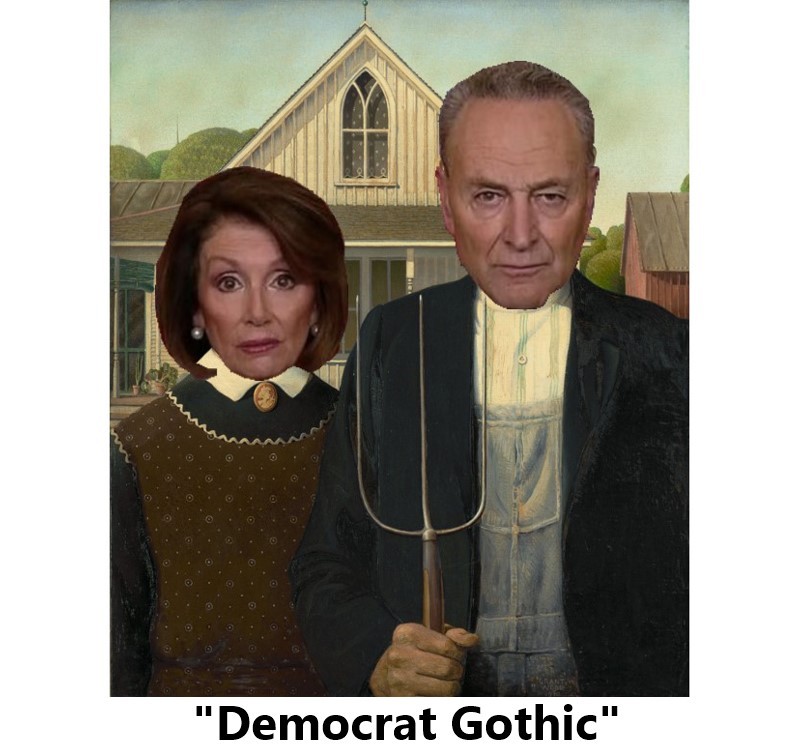