This week’s Weekend Caption Contest™ was a YUGE success! I have to say, when those two came on television live for their “rebuttal”, my husband and I both laughed out loud at the image. That appearance screamed “CAPTION CONTEST”! The assignment this week was to caption the following picture (like it’s not seared into your memory): 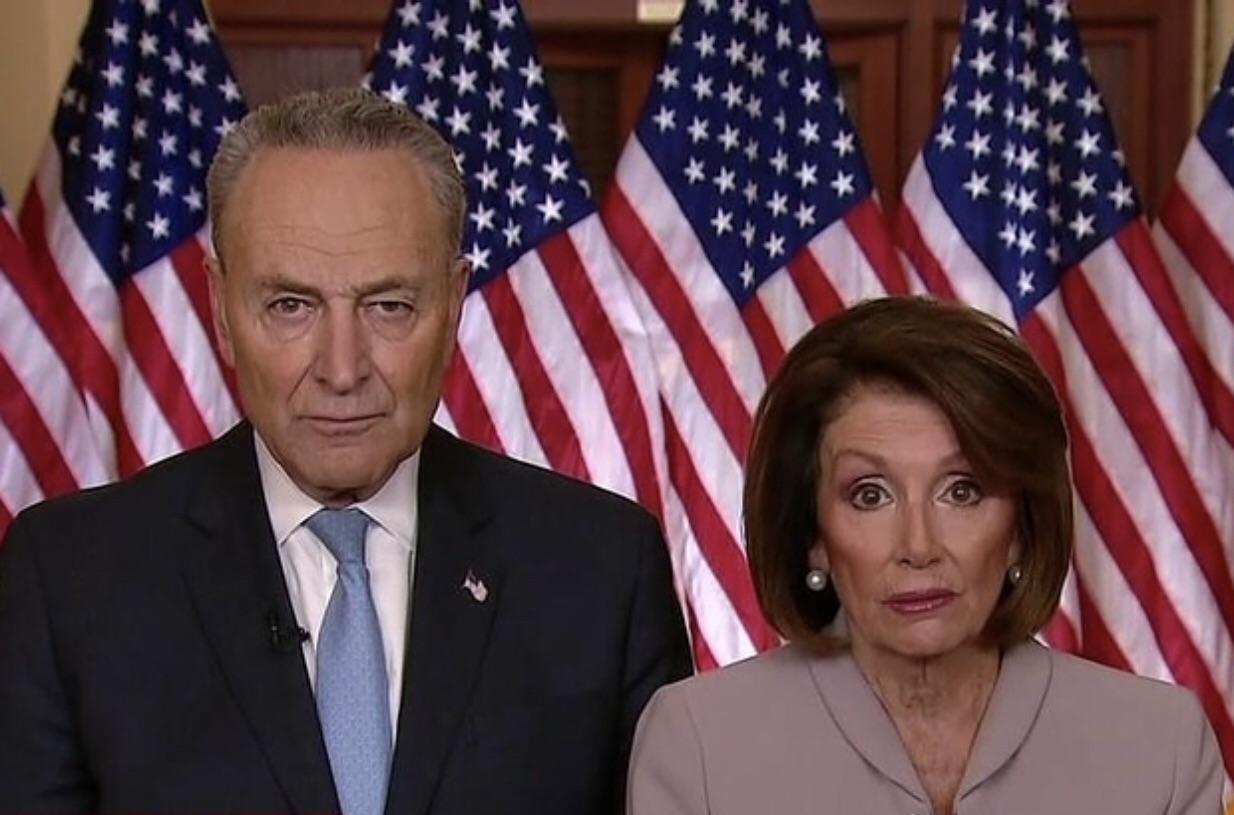 (yetanotherjohn) – “They’re not pinin’! They’re passed on! These politicians are no more! They have ceased to be! They’re expired and gone to meet their maker! They’re stiff! Bereft of life, they rests in peace! If you hadn’t nailed them to the perch they’d be pushing up the daisies! Their metabolic processes are now ‘istory! They’re off the twig! They’ve kicked the bucket, They’ve shuffled off their mortal coil, run down the curtain and joined the bleedin’ choir invisible!! THESE ARE EX-POLITICIANS!!”

(rodney dill) “These two make RBG look like the picture of health.”

(Blues Harper) – “When you realize that you swapped dentures”

(Mary Gehman) – “…And if thou gaze long into an abyss, the abyss will also gaze into thee…”

6) (Scorpion) – “Pelosi and Shumer react to the breaking news that AOC has just introduced legislation for a personal property tax of 90% on the wealthy with no stipulation for deductions.”

(fustian24) – “They look like they’re arguing with the cashier at Sizzlers over the cost of the buffet.”

(Olsoljer) – “The look you get when you find 97% of Americans polled want illegal immigration problems solved and your own membership begins publicly begins to support aspects of the wall.”

(Paul Hooson) – “The Internet’s least likely to be masturbated to image of the day?”

(David Robertson) – “The bad news is that these two are congressional leaders.
The good news is that Hillary is still not the President.”