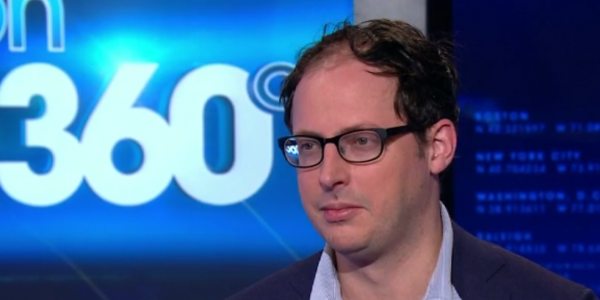 One reason we go to school, is to learn from History and other people’s mistakes. But ego causes a lot of people to ignore the lessons that could save them trouble, and they plunge headlong into blunders, even sometimes repeating a mistake which lesson should have been obvious. I suspect the 2018 midterms may be about to slap the pundits around again, in fashion remarkably similar to 2016 election.

Let me start with Nate Silver. Mr. Silver is an obvious target for rebuke, not only because he blew the call in the 2016 Presidential Election, but more so because Mr. Silver knows the numbers, yet ignored the science in order to sell the spin. Here’s what I mean:

For most of the 2016 Presidential campaign, Silver was a cheerleader for Hillary Clinton. By October, Silver’s posts were consistent with other Left-wing media and websites in claiming a greater than ninety percent (>90%) chance that Clinton would win the White House. Late in the campaign, Silver began to back off, and just before the election had reduced Clinton’s chances to just 71%. But in the main, it should be noted that Silver never seriously presented the possibility of a Trump win as likely. Silver claimed – after the election – that he was one of the few poll analysts who warned that Trump had a decent chance of winning, but a closer examination of the numbers reveals that claim was false. At no time did Nate Silver ever voice an opinion that Trump was in a position comparable to Clinton. Silver both understood the numbers were not as strong for Clinton as the media was claiming, but also denied the implications of those variance ahead of the actual vote. Silver, to be blunt, wanted and expected Clinton to win, so he shut out anything that worked against that conclusion. And he got burned as a result.

After the election, Silver initially tried to defend his analysis by pointing out that the national aggregate popular vote results were consistent with poll projections, indicating that the polls were correct, but that only highlighted two critical blunders made in his analysis – failure to recognize the significance of the leading candidate pulling support below 50% in polls, and the vital difference between aggregate tallies and the state-by-state character of the Electoral College. That is, when a national candidate fails to collect 50% of the vote, they are working with – at best- a plurality rather than a majority, and that means a high percentage of undecided voters who may change at the last minute. Also, a national poll merely indicates the likely results of national totals, but states with large urban populations are likely to skew the results of polls, since polls depend on reaching a large number of respondents in a relatively short space of time, so New York and Los Angeles are always going to be over-represented in polls relative to, say, De Moines and San Antonio. Silver certainly knows this, yet he ignored that caveat in his Presidential projections. And it cost him embarrassment.

Instead, Silver repeatedly fell back on national polls and numbers based on assumptions about voter behavior, assigning generic behavior in places he ought to have known don’t follow the herd. Frankly, I think Silver got lazy – it is much easier to use one tool you like for everything, than rely on limited tools in fifty different state races. And that laziness brings me to the House race discussion.

We’ve all read and heard about the ‘Blue Wave’ which is expected to give Democrats control of Congress. This confidence is based on the historical habit of midterm elections usually going in favor of the party not in the White House, and since Donald Trump is a very polarizing person, it’s no shock the media has been predicting a wave of voters putting Democrats in charge. This has also been the constant theme from polls, but things change a bit when you get into the numbers.

First, a lot of polls are basing their claims on what is commonly called the ‘Generic Congressional Vote’, which simply asks people nationwide whether they prefer the Republicans or Democrats. Remember how in 2016, that national polls claimed Clinton would win? They counted polls based heavily on respondents from East and West Coast states, and ignored mid-country states which swung the election for Trump. With 33 Senate races and 435 House races, the idea that a national poll effectively predicts the outcome of most of them is laughably naïve, yet most media models … including Silver’s … depend heavily on the Generic poll. Part of this is because polls can be expensive, and only a few dozen races get anything close to regular polling, and because all polls have a potentially fatal flaw: affiliation weighting. Affiliation weighting is one of the actions taken by pollsters in an attempt to adapt raw data to effectively reflect a cross-section of actual voters. But since so many polls buy into the assumption that the party out of the White House will dominate midterm elections, this means a bias is built into the polls in favor of Democrats. What if that assumption is false?

Next, if you take a good look at the polls on specific House races, it’s fascinating to me to see how many times the candidate with the lead is pulling less than 50% support. That data is a warning that undecideds make up enough of the voter pool that late changes in mood could change the outcome. Or that some of the people being polled don’t want to tell polls who they support, which also could lead to an election-night surprise. Another point I find interesting, is that media tries very hard to claim that there has been no appreciable change in voter moods from either the Kavanaugh hearings and accusations, or the Honduran caravan approaching the US. That’s absurd, or more precisely, denial.

With all that said, it’s important to understand the context of the conditions surrounding the midterm elections. The Senate, for example, was never likely to fall to the Democrats. While the Democrats only need to gain 2 Senate seats to gain control of the Senate, since 24 of the 33 seats up for a vote are held by Democrats, that means the Democrats would have to win 26 of 33 Senate elections to take over the Senate, a 78% win rate that simply is not going to happen. It’s a lot more likely that the GOP gains more control in the Senate, winning 13 or 14 elections to gain 4 or 5 Senate seats. The Republicans only need to win 42% of the Senate races to gain a 56-44 Senate advantage.

The House is a different story. All 435 House seats are up for a vote, and there are 17 House seats where a candidate is running unopposed. Of those, 15 Democrats are running unopposed, while only 2 Republicans are running unopposed. Also, it’s likely that Democrats will gain more control in their House representatives in California and New York, which gives them an impressive base for building a possible majority. But with that said, a lot of House races are very much up in the air. Politico, by no means an unbiased site, fully expects the Democrats to win the House, but admits that only 307 races are really firmly decided right now, with another 53 “likely” to go one way or another. If we take those numbers as valid, Politico says the Democrats have 192 ‘solid’ or ‘likely House wins, while the Republicans have 168 ‘solid’ or ‘likely’ House wins. That means even Politico admits that of 435 House races, 75 are very much undecided. If Politico’s ‘solid’ or ‘likely’ calls play out, the Democrats need to win 26 of the remaining 75 races to win the House, while Republicans would need to win 50 of the 75 races to hold the House. But even Politico admits that of those 75 races, 31 ‘lean’ Republican and 28 more are ‘toss ups’, and remember Politico is a site with bias against the GOP. If Politico is wrong about the voter moods, the GOP can still hold the House.

I won’t speculate about the significance of the heavy early voting numbers, except to observe that they are a factor in the election, and voter energy has swung hard to the GOP in the past month. Tuesday will be critical, of course, but at this time it’s eminently reasonable to believe that strong turnout by Republican voters can make all the difference in who runs Congress nest year. And if that happens, Nate Silver and his fellow bigots will be wiping egg off their faces yet again.