This week’s Weekend Caption Contest™ has me thinking of the Wizard of Oz. Lindsey Graham got courage, Susan Collins got a brain and the Dems demonstrated they have no heart. The assignment this week was to caption the following picture: 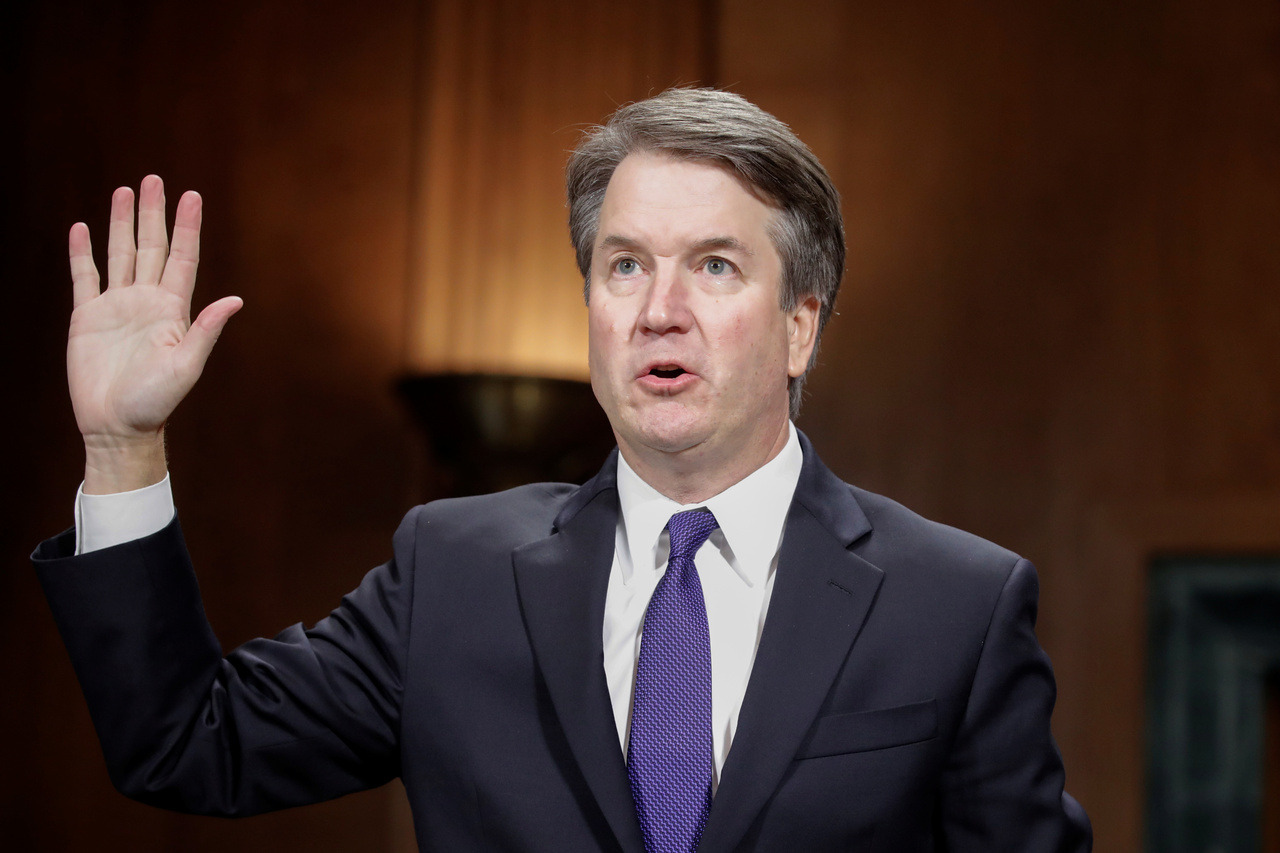 1) (Wild_Willie) – ““I swear I was not a Nam Hero, I didn’t have a Chinese spy driver, I did not brag about groping a girl aggressively in school, I never leaked confidential documents, and I don’t live in a city with out of control murder statistic’s, so help me God.””

(rodney dill) – “What do you call a Supreme Court Justice that is only confirmed by a margin of one vote?
Justice” 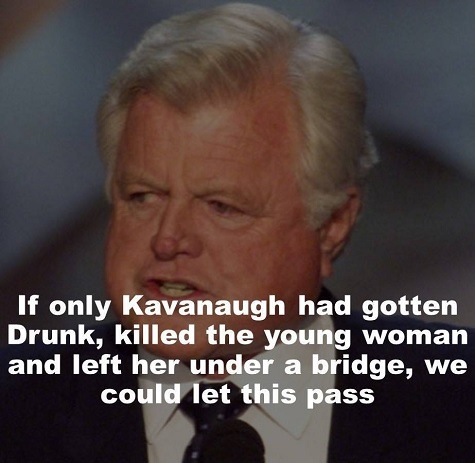 3) (Kenny Moore) – “This is the number of decades I plan to serve on the SCOTUS, taking sweet revenge.”

4) (cathymv) – “I swear, I have never had sexual relations with that woman, HIllary Clinton”

(McGehee) – ““I do solemnly swear that if one more sniveling Democrat lies about me I’m-a throw ice in his face!””

(RadiCalMan) – ““Now, I really am your worst nightmare””

(TheyTukRJobz) – “I, state your name, do hereby pledge allegiance to the frat, with liberty and fraternity for all. Amen”

(Brian Brandt) – “The Democrats are going to find out what happens when they pin their hopes on an old Ford with a blown head gasket.”

(Scorpion) – “Do you swear that you will have underpants on before you put on your robe?
Yes Lindsey, I’ll be wearing briefs, of course.”

(Rodney G. Graves) – “I solemnly swear that I am ecstatic that Felonia Milhous VonPantsuit is not President of these United States.” 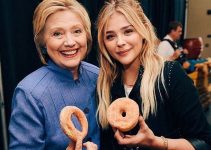