I am but one among many who have been accusing the Department of Justice and Federal Bureau of Investigation of redacting information from declassified documents for the sole purpose of preventing institutional embarrassment.  John Solomon provides the proof:

Before you judge the DOJ’s and FBI’s arguments – which are similar to those offered to stop the release of information in other major episodes of American history, from the Bay of Pigs to 9/11 – consider Footnote 43 on Page 57 of Chapter 3 of the House Intelligence Committee’s report earlier this year on Russian interference in the 2016 presidential election.

Until this past week, the footnote really had garnered no public intrigue, in part because the U.S. intelligence community blacked out the vast majority of its verbiage in the name of national security before the report was made public.

From the heavy redactions, all one could tell is that FBI general counsel James Baker met with an unnamed person who provided some information in September 2016 about Russia, email hacking, and a possible link to the Trump campaign.

Not a reporter or policymaker would have batted an eyelash over such a revelation.

Think about that for a moment.  First, that the FBI and DoJ clearly knew up front that the basis of the application for FISA Chapter 1 surveillance of Carter Paige was based on DNC opposition research.  Second, that they redacted this information not to protect National Security, but to defend the reputation of their institution.  A reputation which their own actions have sullied, and for which they should be made to pay. 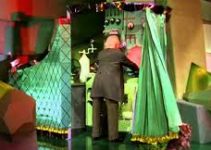