This week’s Weekend Caption Contest™ features Senator Graham on an absolute tear. I had no jokes to make after his impressive speeches this week but that didn’t stop some of you! The assignment this week was to caption the following picture: 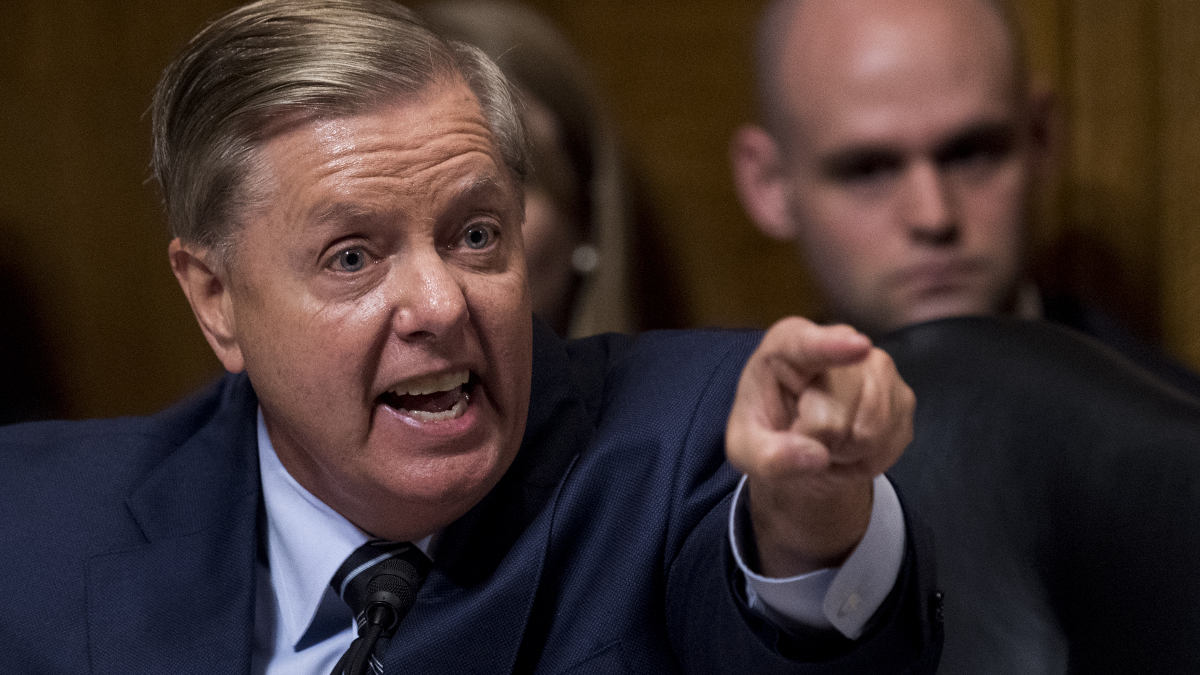 (yetanotherjohn) – “The problem for democrats is they really don’t understand how condemning someone based on unsubstantiated accusations would come back and bite them … but then they didn’t understand that about nuking the filibuster.”

2) (Kenny Moore) – “hero | he·ro | hirō | noun
1. A person who is admired or idealized for courage, outstanding achievements, or noble qualities. Example: This guy.”

(Rick Adams) – ““So stuff that in your hippocampus, bXtch!””

(guido81_MA) – “Speaking strictly as a heterosexual man, I was ready to have Lindsey Graham’s baby on Thursday.”

(Rodney Graves) – “And f*ck YOU in particular!”

(Olsoljer) – “You want to see sexual predators? Look down the left side, they have been screwing the American people for years.”

(Joe_MIller) – ““And there goes Jeff Flake. He couldn’t look more like a limping zebra on the Serengeti if he had stripes.””

(futstian24) – “Well, since she didn’t drown, we KNOW a democrat didn’t drive her home.”

(Scorpion) – “I don’t care about any sexual assault accusations, I just want to know what you think about global warming.”

(rodney dill) – ““Yes, I know there are 5 million battered women in this country…. but I’ve always had mine plain,””

(Retired military) – ““And guess what Senator Feinstein. Even if this man is not confirmed. Even if the democrats win the Senate this year. And even if there is no Santa Claus. Hillary Clinton is still not the President.””

Why The NY Times Trump Tax Story is Mostly B.S. — And I teach you how to make millions in real estate too
Starship Enterprise Visits Earth's Stratosphere