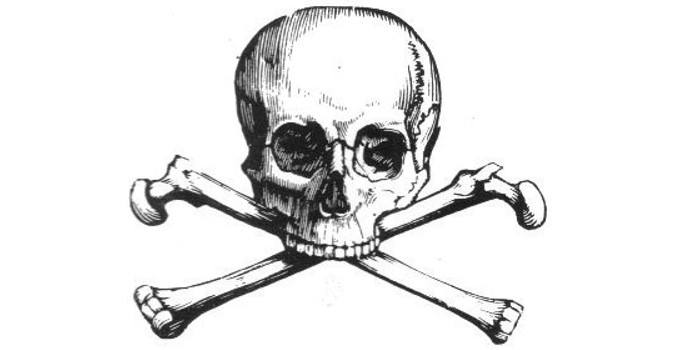 What is Mankind’s greatest peril?

People have different answers to that question, but which is the correct answer?

What follows are possibilities of what imperils Mankind the most.

From NBC News, 08 May 2018: “New research by an international team of astronomers shows that once it exhausts its hydrogen fuel in 5 billion years or so, our host star will morph into an enormous ring of glowing dust and gas — what astronomers call a planetary nebula.”

#2 The Sun Getting Brighter

“Life on the planet will run into trouble well before the planet itself disintegrates. Even before the sun finishes burning hydrogen, it will have changed from its present state. The sun has been increasing its brightness by about 10% every billion years it spends burning hydrogen. Increased brightness means an increase in the amount of heat our planet receives. As the planet heats up, the water on the surface of our planet will begin to evaporate.

An increase of the sun’s luminosity by 10% over the current level doesn’t sound like a whole lot, but this small change in our star’s brightness will be pretty catastrophic for our planet. This change is a sufficient increase in energy to change the location of the habitable zone around our star. The habitable zone is defined as the range of distances away from any given star where liquid water can be stable on the surface of a planet.

. . . The Earth is a complex system – and no model is perfect. However, it seems likely that we have no more than a billion years left for life to thrive on our planet.”

“Here’s a tip for the planners among us: If you have dinner reservations or theater tickets for Sept. 22, 2135 (it’s a Thursday), now might be a good time to scuttle them. Sometime the day before, scientists say, there is a small chance that an asteroid the size of the Empire State Building will smack into Earth, destroying a lot of living things on the planet.”

“A small asteroid broke up over the city of Chelyabinsk, Russia, on Feb. 15, 2013. The shock wave it generated shattered glass and injured about 1,200 people. Some scientists think the meteor may have briefly outshone the sun. The blast was stronger than a nuclear explosion, triggering detections from monitoring stations as far away as Antarctica.”

“An international team of scientists has discovered that two of the world’s most devastating plagues – the plague of Justinian and the Black Death, each responsible for killing as many as half the people in Europe — were caused by distinct strains of the same pathogen, one that faded out on its own, the other leading to worldwide spread and re-emergence in the late 1800s. These findings suggest a new strain of plague could emerge again in humans in the future.”

“Natural global warming, and cooling, is considered to be initiated by Milankovitch cycles. These orbital and axial variations influence the initiation of climate change in long-term natural cycles of ‘ice ages’ and ‘warm periods’ known as ‘glacial’ and ‘interglacial’ periods.”

“Ancient periods of cold and dry climate helped our species replace Neanderthals in Europe, a study suggests. Researchers found that such cold periods coincided with an apparent disappearance of our evolutionary cousins in different parts of the continent, followed by the appearance of our species, Homo sapiens.”

From the University of Wisconsin, 06 September 2018:

“A study published in the journal Scientific Reports provides new evidence that ancient farming practices led to a rise in the atmospheric emission of the heat-trapping gases carbon dioxide and methane – a rise that has continued since, unlike the trend at any other time in Earth’s geologic history. It also shows that without this human influence, by the start of the Industrial Revolution, the planet would have likely been headed for another ice age.”

From the U.S. Geological Survey:

“Several eruptions during the past century have caused a decline in the average temperature at the Earth’s surface of up to half a degree (Fahrenheit scale) for periods of one to three years. The climactic eruption of Mount Pinatubo on June 15, 1991, was one of the largest eruptions of the twentieth century and injected a 20-million ton (metric scale) sulfur dioxide cloud into the stratosphere at an altitude of more than 20 miles.

The Pinatubo cloud was the largest sulfur dioxide cloud ever observed in the stratosphere since the beginning of such observations by satellites in 1978. It caused what is believed to be the largest aerosol disturbance of the stratosphere in the twentieth century, though probably smaller than the disturbances from eruptions of Krakatau in 1883 and Tambora in 1815. Consequently, it was a standout in its climate impact and cooled the Earth’s surface for three years following the eruption, by as much as 1.3 degrees F at the height of the impact.

The large 1783-1784 Laki fissure eruption in Iceland released a staggering amount more sulfur dioxide than Pinatubo (approximately 120-million ton vs. 20). Although the two eruptions were significantly different in length and style, the added atmospheric SO2 caused regional cooling of Europe and North America by similar amounts for similar periods of time.”

Would nations go to war in order to obtain natural resources that they depend on?

The growing scarcity of needed natural resources is a topic that will be covered more in another post.

Anyway, Mankind’s greatest peril may not be easily determined.

Did We Not Tell You This Would Happen? Democrats Try to "Clarence Thomas" Kavanaugh OPEN THREAD
Wizbang Weekend Caption Contest™
Tags:disasters