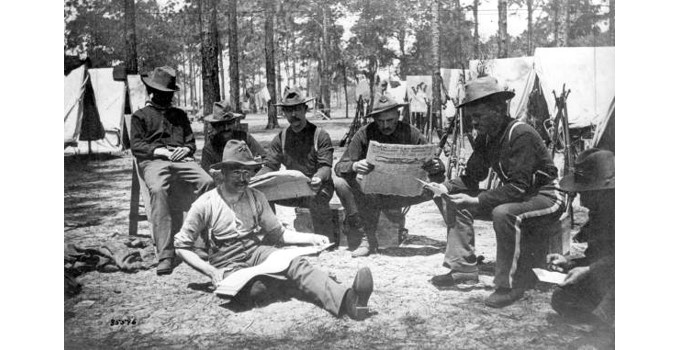 “Fear and poverty stimulate greater interest in news.” So writes Roy Greenslade in a 2007 article for The Guardian titled The good news about bad news – it sells. Greenslade is correct. That which stirs up strong negative emotions is going to attract attention, and people can profit from that attention.

A PBS article about the Spanish-American War illustrates how people have profited from such:

“Led by newspaper owners William Randolph Hearst and Joseph Pulitzer, journalism of the 1890s used melodrama, romance, and hyperbole to sell millions of newspapers – a style that became known as yellow journalism.

… Yellow journals like the New York Journal and the New York World relied on sensationalist headlines to sell newspapers.”

Encyclopædia Britannica describes yellow journalism as “the use of lurid features and sensationalized news in newspaper publishing to attract readers and increase circulation.”

Although yellow journalism is often described as a thing of the past, it’s lives on. Although its modern-day forms might not contain deliberately false claims, those forms often leave out important information. For example, consider the following headline from the British newspaper The Guardian:

In short, climate scientists can’t precisely predict how much sea levels will rise by any particular year.

That lack of predictability doesn’t matter to media outlets. Their mission is to earn a profit for whomever owns or owns stock in those media outlets.

In a court of law, people on both sides of an argument are given equal opportunity to present their case.

Media outlets are not courts of law, and freedom of the press doesn’t mean that the press must give people on both sides of an argument equal opportunity to present their case.

The success of sensationalism hasn’t been overlooked by the people who use podcasts, YouTube videos, blogs and online tabloids to gain fame and fortune.

For example, InfoWars wouldn’t exist if Alex Jones weren’t making a huge profit from it.

So, are there any antidotes to sensationalism?

Perhaps there are. Awareness can be an antidote.

Audiences can be aware of the goal of people who speak or write for a living. Sure, those people might give you information that is accurate and useful to you. Yet, their primary mission is to somehow profit financially from you being their audience.

When Neal Boortz hosted his nationally syndicated radio show, he told his audience what his primary mission was, which was to entertain his audience long enough for the audience to listen to the commercials that accompanied his show. Those commercials paid for his show and paid his salary.

Boortz offered his audience another antidote to sensationalism, which was to investigate sensational claims, instead of automatically believing the claims just because a certain people made the claims. He insisted that his listeners not believe anything that he said just because he said it. He insisted that audience members do their own research in order to verify what was said on his show.

All too often, a sensationalist claim is merely an extrapolation of what really happened.