This week’s Weekend Caption Contest™ captured another great MAGA moment. President Trump went to Europe, didn’t bow to anyone, and told the powers that be in NATO to start paying their fair share. We were over 200 comments, so we have double winners per place. The assignment this week was to caption the following picture: 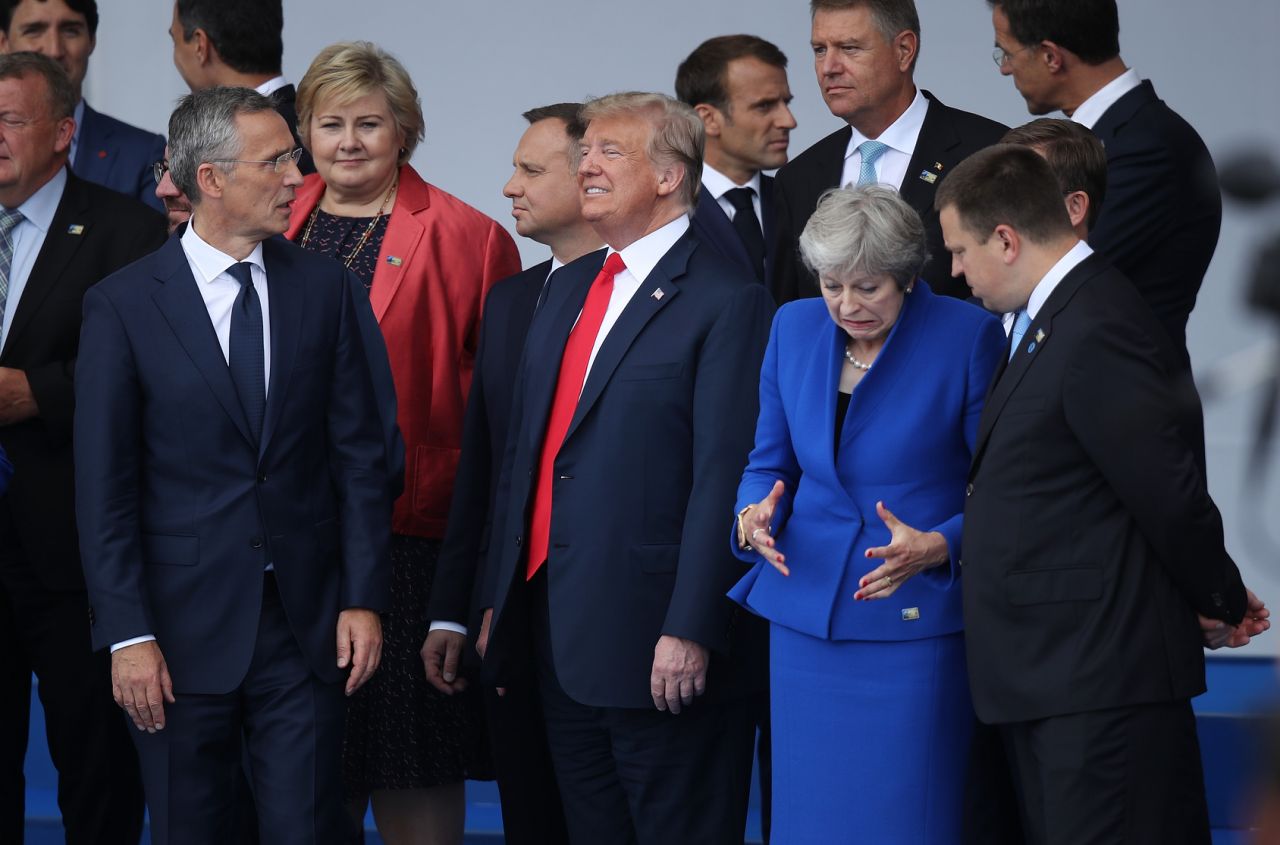 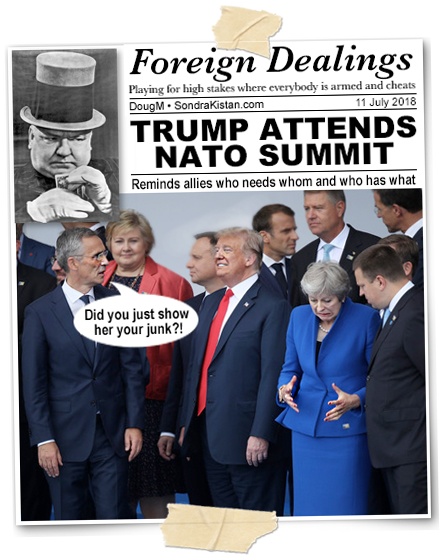 (Mary Gehman) – “When Trump smiles, the rest of the world worries…I like that in a POTUS…”

(yetanotherjohn) – “Remember when Germany invaded and conquered a bunch of you and then we came over and liberated your asses? Good time, good times … you sure you don’t remember.

4) (IronAndCarbon) – “I know what they say about the tiny hands, but believe me that’s not true. He IS this big”

A little young for him though.”

(Retired military) – “NY TImes. “Trump wears red tie signalling his Chinese allies that all is going according to plan””

6) (engineer) – “There were mixed reactions to Trump’s schlonging of NATO members.”

(RadiCalMan) – ““I thought I had everything in my hands and he snapped his fingers, Poof!, it was all just a mirage!”

(Scorpion) – “Hey Merk! Where’s the location of this pipeline to Putin’s Russia that Trump over there is talking about?”

(rodney dill) – “First rule of World Leader Club is….. still no one talks to Hillary.””

(rodney dill) – “She doesn’t live at 10 Downing Street for nothing.”

Trump and Russia
How Will Democrats Adapt?