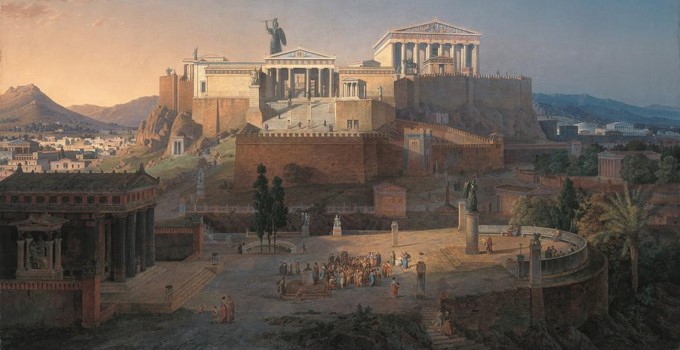 In a 2004 lecture at Hilla University for Humanistic Studies in Iraq, Stanford University professor Larry Diamond gives four basic elements of Democracy, and then he elaborates about them.

Here are those four basic elements:

1. A political system for choosing and replacing the government through free and fair elections.
2. The active participation of the people, as citizens, in politics and civic life.
3. Protection of the human rights of all citizens.
4. A rule of law, in which the laws and procedures apply equally to all citizens.

What follows is a commentary about some of Professor Diamond’s statements about Democracy.

The people decide who will represent them in parliament, and who will head the government at the national and local levels. They do so by choosing between competing parties in regular, free and fair elections.

Government is based on the consent of the governed.

In a democracy, the people are sovereign — they are the highest form of political authority.

Power flows from the people to the leaders of government, who hold power only temporarily.

Substitute “Congress” for “parliament”, and one has Democracy as it is in the USA.

If one agrees with the above-quoted description of Democracy, then one is a Conservative, because Professor Diamond is summarizing Conservative ideology as it pertains to government.

. . . the rights of minorities are protected in various ways.

This has not always been the case, but it should always be the case.

The people are free to criticize their elected leaders and representatives, and to observe how they conduct the business of government.

“The basic function of the Freedom of Information Act is to ensure informed citizens, vital to the functioning of a democratic society.” – statement from official U.S. government website.

In a democracy, participation in civic groups should be voluntary. No one should be forced to join an organization against their will.

Labor unions function as civic groups and participate in politics.

Here is an excerpt from an editorial published by Investor’s Business Daily:

The court case, Janus v. AFSCME, centered on the practice in 22 states, whereby public-sector workers could be forced to pay a portion of the union dues, even if they didn’t join the union. The court ruled 5-4 that this was a violation of free speech, because it meant that government was forcing nonunion workers to subsidize political advocacy, candidates and policies they don’t support. . . there’s no question that at least some of the forced dues that public sector workers had to pay ended up funding political groups, activities and policies that nonunion workers didn’t agree with. The fact that liberal groups are screaming about the loss of union money because of the Janus decision is simply more evidence that the court’s ruling was exactly right.

It is a violation of democratic principles to force public-sector workers to pay money to a labor union in order to be employed.

No one can tell you what you must think, believe, and say or not say.

Yet, you don’t have the right to make someone else pay to have your speech transmitted to the public.

There is freedom of religion. Everyone is free to choose their own religion and to worship and practice their religion as they see fit.

There is also freedom to be agnostics and atheists. It goes against democratic principles to force anyone to conform to religious norms and practices.

Democracy is a system of rule by laws, not by individuals.

Rule by laws means rules by all laws, including those laws that one doesn’t like. For example, here is a law from 8 U.S. Code § 1182:

Andrew Klavan writes, “If the rule of law can be overridden by the emotions of the people, the machinations of officials or the prejudices of courts, we can no longer depend on equal treatment or representative government.”

When you make demands, you should understand that in a democracy, it is impossible for everyone to achieve everything they want.

Democracy requires compromise. Groups with different interests and opinions must be willing to sit down with one another and negotiate.

In a democracy, one group does not always win everything it wants. Different combinations of groups win on different issues. Over time, everyone wins something.

Way too many people in the USA do not understand this element of Democracy.

DOJ IG Found No Bias As The Evidence Was Withheld From Him
Wizbang Weekend Caption Contest™
Tags:democracy