By now, you have probably seen this photo on the cover of TIME magazine: 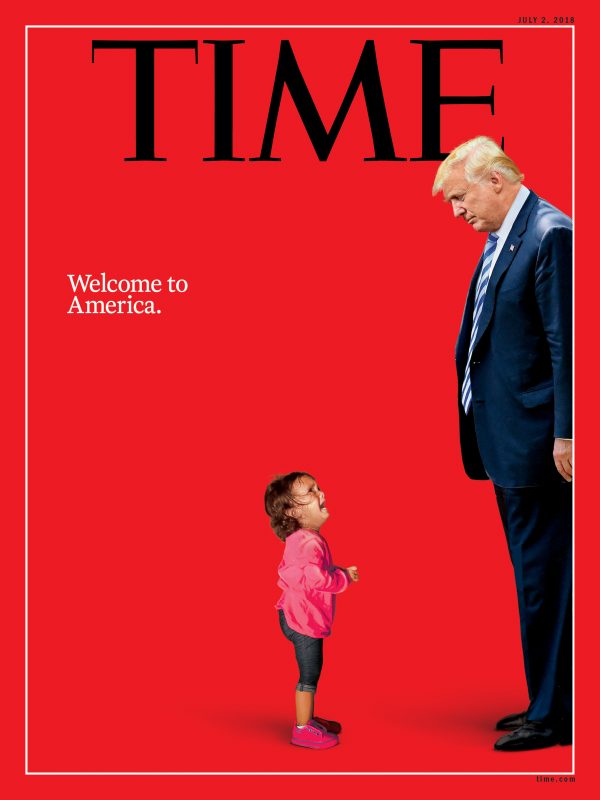 You may also know by now, that the little girl depicted was not separated from her mom, and her mom was fleeing criminal prosecution for kidnapping.

Trump’s staff made sure that the facts were made known. 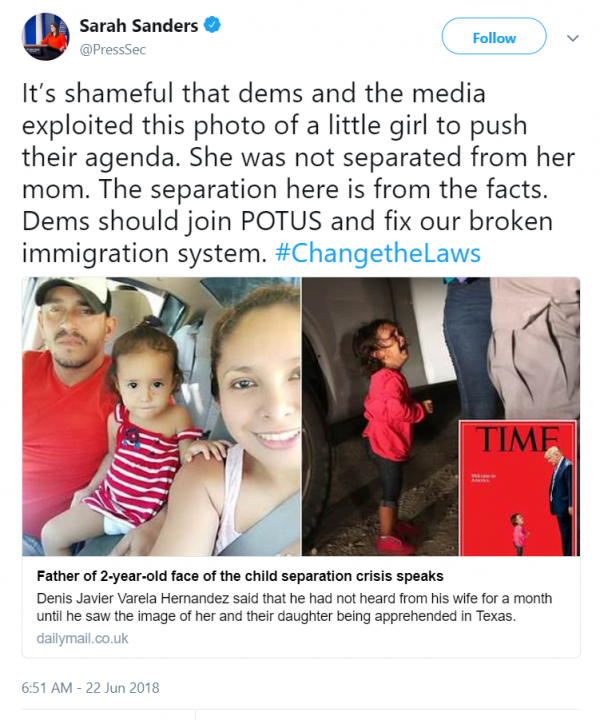 Now, most people who screw up that badly would apologize, back off the lie, and hope people forget.

But the media hates Trump so much, they will never let go of anything they imagine can hurt him.

Thus, the MSM doubled down on the lie:

Among the gems thrown out by TIME:

“the photographer, told CNN he never claimed that the little girl was taken away from her mother. His original caption said that they were “detained by U.S. Border Patrol agents before being sent to a processing center for possible separation.” ”

So you got lying, but somehow it’s not really a lie, even though the story you sold was completely false.

Of course, desperate conditions provoke desperate excuses, like this one from Nancy Gibbs of TIME:

“Obviously this child never met the president, it’s not misleading at all in that sense,” Gibbs said. “I think that the power of it is in the juxtaposition of the two figures, of the child who quickly came to represent all of the children that we’re talking about, and the president who was making the decisions about their fate.”

Bruce Shapiro, described by CNN as a “professor of journalism ethics” (yes. that’s a contradiction in terms since, ohh, 1950) waves off the cover as “well within the parameters of editorial license.”

Mmmmmmmmmmmmmmmmmmm, no, deliberate use of a false image to sell a narrative is completely unethical. But journalists are not known for honesty or integrity.

The irony I see is that CNN, TIME, and all the other professional media liars have somehow still not figured out why Trump won the White House in 2016, nor why Trump’s support continues to grow despite the Left’s unending attempts to smear him and frame him. In fact, people are pretty good at spotting BS nowadays and the media hasn’t exactly done much to rebuild its credibility since Dan Rather tried to frame Bush or Brian Williams got caught lying about 98% of his career and the facts.

Trump is anti-MSM, and the MSM just keeps proving Trump right. As annoying as the MSM is, they are actually working hard to boost the President’s support, and this latest face-plant mighht actually help the GOP hold the House this fall.