This week’s Weekend Caption Contest™ reminds us that who is NOT in the Oval Office is just as important as who is. The assignment this week was to caption the following picture: 1) (Wild_Willie) – “Beware: She can change a Biathlon Olympian Champion into a woman.”

5) (IronandCarbon) – “President Trump introduces the next Attorney General of the United States.”

6) (Kenny Moore) – “How is she here? I thought Cromwell dissolved the Rump.”

(yetanotherjohn) – “Kim is wearing black in memory of her career after the left sees this picture.”

(Hank_M) – “The fact still remains, the biggest ass to ever be in the Oval office was Obama.”

(Joe_Miller) – “Next week he’s meeting with Elvira, Mistress of the Dark, to discuss Monetary Policy.”

(Scorpion) – “Because she has such an impressive ass, I’m authorizing the National Weather Service to assign names to its farts, starting with ACOSTA followed by BEE and then……..let’s skip the letter C for now.” 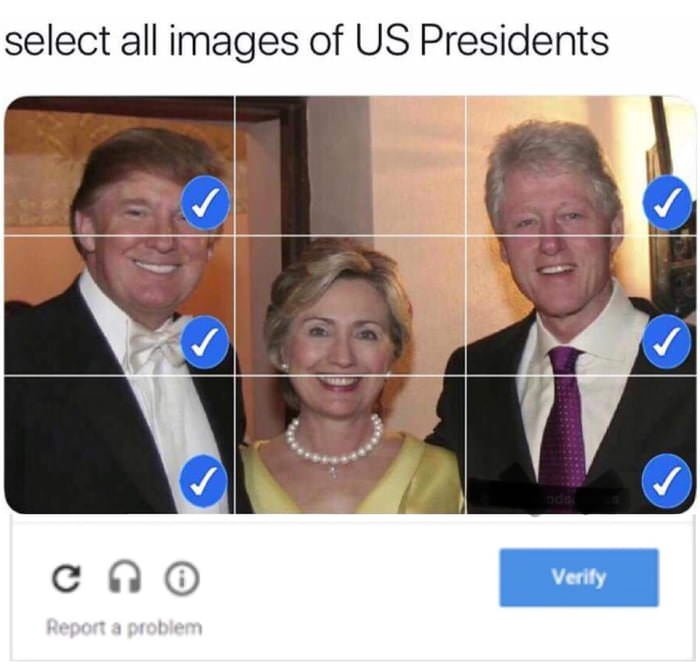