This week’s Weekend Caption Contest™ reminds us that many Hawaiian disasters end up as the subject of this contest’s photos. The assignment this week was to caption the following picture: 1) (Brian Brandt) – ““I woke up this morning with a coat of ash covering the whole neighborhood and the foul stench of sulfur in the air.”

“Oh, you must be from Hawaii.”

“No, I live next to Hillary Clinton.””

(Scorpion) – “Oh that. Trump just posted a tweet. It’s just the reporters heads exploding over at the media tent.”

3) (fustian24) – “Darwin is still out there improving the human race one moron at a time.”

(Rick Adams) – “I don’t want to hear another goddamned thing about my carbon footprint.”

(Joe_Miller) – ““It’s too early, I’m having a shitty round, and there’s a volcano going off behind me, but at least my miserable wife’s not here. All in all, it’s a good day.””

6) (guido81_MA) – “A moment of respectful silence please during the cremation of Michael Moore.”

(BluesHarper) – “CNN: Nothing to see here, back to Stormy Daniels.”

(stan25) – “The rumblings from the soon to be released DoJ/FBI report.” 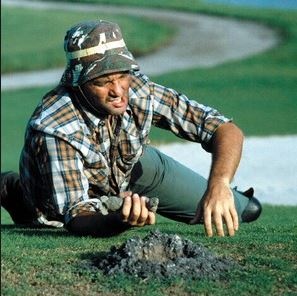 (Paul Hooson) – “Hawaii’s least popular T-shirt? “I Thought I Moved To Paradise….But, All I Got Was This Lousy Backyard Lava Flow…And, Housefire”.”

You know, just in case they decide to go back to the old ways.”

(Retired military) – “I’m not quite sure what is going on here but I am quite certain it will be followed by 2 things.
1. The MSM somehow tying it to Trump and Russia.
2. Hillary still not being President.”

(yetanotherjohn) – “No. Its actually the light reflecting off your ass into my eyes that makes your ass look fat … and the fact tht you have a fat ass.” 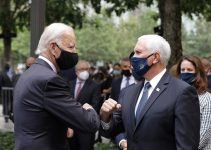