Happy Easter! This week’s Weekend Caption Contest™ reminded us that Obama’s “Get Tough” approach to communist countries qualifies as one of the biggest April Fool’s jokes ever. The assignment this week was to caption the following picture: Here are the winning entries:
1) (fustian24) – “The Pope says there is no Hell, but to be fair, he hasn’t been to North Korea.”

3) (rodney dill) – “China turns the volume of rhetoric all the way to eleven.”

5) (Joe_Miller) – “He’s drinking white wine because he can’t say “Red” without everybody in the room laughing.”

(Brian Brandt) – “Ji: Say hello to your sister for me.

Kim: I can’t I had her killed this morning.”

(JumpingDolphin) – “There is no poison in your glass… none at all…”

(RockThisTown) – “Xi came bearing a Kindle as a gift, since Kim is Supreme Reader.”

(guido81_MA) – “I drink the white wine ’cause it go better with Twinkies.”

(yetanotherjohn) – “Ji: What do North Koreans do during erections?

Mueller Will Not Interview Trump: An Analysis and Prediction
He is risen; He is not here 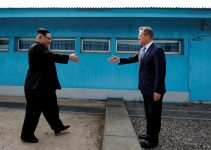 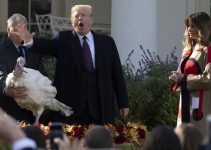