Home
Culture Of Corruption
The Evidentiary Gift That Keeps On Giving [Updated, McCabe Fired For Cause]

It seems that the key to the undoing of the praetorians of the dhimmocratic imperium will be the stream of text messages between Strzok and Page.  That the FBI’s principal Counter Intelligence Investigator and a DoJ Lawyer would have an illicit affair is bad taste and worse judgment.  That they would carry on such discussions across government networks on government devices, and further discuss official business on open networks makes me cringe.  All of that coming back to bite not only them, but their co-conspirators as well, places me in the uncomfortable position of having to be thankful for criminally lax Operational Security.

Today this wealth of information reveals to us why Judge Contreras suddenly recused himself from former NSA Michael Flynn’s case.

By Sara A. Carter, Taking Back the Story

Newly redacted text messages discovered by congressional investigators reveal that an embattled FBI agent at the center of the Russia investigation controversy was close friends with a District of Columbia judge who recused himself from the criminal case over former National Security Advisor Michael Flynn, congressional members said, and text documents show.

The never before seen text messages, which were a part of the texts given to congress by the Department of Justice, show that FBI Special Agent Peter Strzok and his paramour FBI attorney Lisa Page discussed Strzok’s relationship with U.S. District Court Judge Rudolph Contreras, who presided over a Dec. 1, 2017 hearing where former National Security Advisor Michael Flynn pleaded guilty to lying to the FBI. Strzok was removed from Robert Mueller’s Special Counsel’s Office last year after anti-Trump text messages between him and his FBI agent lover were discovered by the DOJ’s Inspector General Michael Horowitz. But on Dec. 7, without warning, Judge Rudolph Contreras was removed as the presiding judge on Flynn’s case. Little information was given at the time as to why Contreras was removed.

Right about the time the Judge became aware that the chief witness against the man whose guilty plea he had just accepted was personally known to him and with whom he apparently had discussed the the investigation leading to that interview.

In a text message chain from Page to Strzok on July, 25, 2016 she writes, “Rudy is on the FISC! Did you know that? Just appointed two months ago.” At that point, the pair continues to discuss other issues but comes back to Contrares, “I did. We talked about it before and after. I need to get together with him.” Then later Strzok appears to return to his discussion about Contreras.

Page: “Thought of it because you had to Google FISC judges and him there. I’m telling you.”

Strzok: “….She brought up a good point about being circumspect in talking to him in terms of not placing him into a situation where he’d have to recuse himself.”

Page: “I can’t imagine you either one of you could talk about anything in detail meaningful enough to warrant recusal.” Page then goes back to discussing a different issue saying, “Anyway, maybe you meant to, but didn’t.’

Strzok: “Really? Rudy. I’m in charge of espionage for the FBI. Any espionage FISA comes before him, what should he do? Given his friend oversees them?”

Page: “Standards for recusal are quite high. I just don’t think this poses an actual conflict. And he doesn’t know what you do?”

Strzok: “Generally he does know what I do. Not the level or scope or area but he’s super thoughtful and rigorous about ethics and conflicts. (redacted) suggested a social setting with others would probably be better than a one on one meeting. I’m sorry, I’m just going to have to invite you to that cocktail party. Of course you’ll be there. Have to come up with some other work people cover for action.”

Is this really what passes for professional investigators and lawyers at the FBI?

And the SOB is fired.

By Kelley Kohen, the Washington Examiner

Officials at the FBI recommended that he be fired before he had planned to retire on Sunday, his 50th birthday.

In a lengthy statement, Attorney General Jeff Sessions said the Justice Department’s Office of the Inspector General provided its report on “allegations of misconduct” by McCabe to the FBI’s Office of Professional Responsibility “after an extensive and fair investigation.”

“The FBI’s OPR then reviewed the report and underlying documents and issued a disciplinary proposal recommending the dismissal of Mr. McCabe. Both the OIG and FBI OPR reports concluded that Mr. McCabe had made an unauthorized disclosure to the news media and lacked candor − including under oath − on multiple occasions,” Sessions’ statement said. 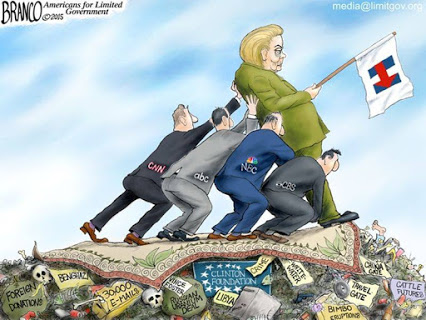