There are nuances in each response specific to the statutory roles of each Chairman and the specific requests made by each committee.  Reflected in Judge Collyer’s responses is a need for careful consideration of each unique request.

Surprisingly, the Congress has never before requested documents from the FIS Court.  It has instead relied upon the statutory reporting requirements in the Foreign Intelligence Surveillance Act which are tasked to the Department of Justice.  That won’t really suffice in this case as it is the Justice Department itself which has come under suspicion of bad faith in the course of Congressional Oversight.

♦House Judiciary Committee Chairman Bob Goodlatte holds primary oversight authority over the Department of Justice -including the FISA court- and has requested the actual FISA Title-1 application as submitted by the DOJ/FBI for surveillance of Carter Page.

Judge Collyer responds to both legislative branch chairman from the position of “never previously receiving such requests.” There are separation of power challenges, but also an understanding inherent in the response to Chairman Goodlatte of the unique statutory oversight his committee holds.

Since legal precedent is being set, I cannot in fairness expect anything but a very thorough and careful response from the FIS Court.  The one thing which has been revealed in this exchange which I find troubling is this:

It may also be helpful for me to observe that, in a typical process of considering an application, we make no systematic record of questions we ask or responses the government gives.

I find that totally unacceptable.  Even a secret court must be accountable, as must be the officers of the court who appear before it.  Failing to keep transcripts of the proceedings is not in the best interests of our republic.  The Congress should amend the FIS Act immediately to remedy this deficiency.

Having no real choice in the matter, I will await whatever is released by the FIS Court as patiently as I may.  I concur with sundance in that:

However, there is an underlying issue not being discussed within the communication – yet visible in the corner amid their engagement. That issue is the possibility the DOJ may have modified the FISA documents within its possession in an effort to hide from congress the trail of a conspiracy against a presidential candidate and an incoming administration.

We wait to see how deep the rot goes. 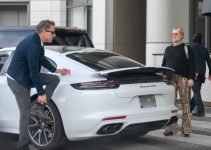