A man with no real qualifications and less experience became, in very short order, a state Senator, a United States Senator, and then President of the United States for two terms.  During those two terms he politicized and weaponized the Federal Civil Service to a degree never before seen.  He was enabled in this by both his party and a Press Corps that was for all intents and purposes an extension of his party.

He selected his successor, who then proceeded to convert the DNC into an extension of her own campaign.

The fix was in. The 2016 election was rigged — and Donald Trump won anyway.

All hell is breaking loose in D.C. The next few weeks will be the most shocking in America’s history. The revelations about to be made public will shake this nation to its core.

Liberals who watch only CNN and MSNBC probably haven’t a clue what’s about to hit them. Trust me, that light at the end of the tunnel is a train headed straight for the Democrat Party.

We all know — thanks to former Democratic National Committee Chair Donna Brazile — that Hillary rigged the Democrat presidential primary against Bernie Sanders. That was a precursor of what was to come.

Does it shock anyone that someone brazen enough to rig a presidential primary would also try to rig the general election?

Don’t look now, but Donald J. Trump may be the first person in world history to win an election rigged against him. Hillary — with the backing of Barack Obama and the leadership of the FBI and Department of Justice — fixed the general election so Trump couldn’t win. And Trump — this relentless bull in a china shop — won anyway.

And that upset left the feckless, faithless former President and his chosen successor in a dangerous situation.  Not only had they attempted to rig a national election and failed, they had also been using both the Department of Justice and the Intelligence Community for purely partisan reasons.

Felonia VonPantsuit only survived the revelation of her abuse of National Security Data because her prosecution would have, of necessity, implicated the former (then sitting) President.

Hillary couldn’t be proven guilty without proving the president guilty as well.

How is this not classified?”

So exclaimed Hillary Clinton’s close aide and confidante, Huma Abedin. The FBI had just shown her an old e-mail exchange, over Clinton’s private account, between the then-secretary of state and a second person, whose name Abedin did not recognize. The FBI then did what the FBI is never supposed to do: The agents informed their interviewee (Abedin) of the identity of the second person. It was the president of the United States, Barack Obama, using a pseudonym to conduct communications over a non-secure e-mail system — something anyone with a high-level security clearance, such as Huma Abedin, would instantly realize was a major breach.

Abedin was sufficiently stunned that, for just a moment, the bottomless capacity of Clinton insiders to keep cool in a scandal was overcome. “How is this not classified?”

She recovered quickly enough, though. The FBI records that the next thing Abedin did, after “express[ing] her amazement at the president’s use of a pseudonym,” was to “ask if she could have a copy of the email.”

Abedin knew an insurance policy when she saw one. If Obama himself had been e-mailing over a non-government, non-secure system, then everyone else who had been doing it had a get-out-of-jail-free card.

Thanks to Friday’s FBI document dump — 189 more pages of reports from the Bureau’s year-long foray (“investigation” would not be the right word) into the Clinton e-mail scandal — we now know for certain what I predicted some eight months ago here at NRO: Any possibility of prosecuting Hillary Clinton was tanked by President Obama’s conflict of interest.

The outcome was determined before the “investigation” ever began.

Had Hillary won the 2016 election we would probably never have discovered the depths of the corruption.  But she didn’t.  Instead The Inspector General of the Department of Justice (and thus of the FBI as well) was able to investigate just how the FBI and DoJ investigated and cleared Hillary Clinton.  In so doing he appears to have had the willing assistance of the rank and file.  Both houses of Congress have been investigating as well, both from the Justice and Intelligence perspectives.  The first fruit of this series of investigations is the Memorandum prepared by the Majority of the House Intelligence Committee.

As walls close in on FBI, the bureau lashes out at its antagonists

What happens when federal agencies accused of possible wrongdoing also control the alleged evidence against them? What happens when they’re the ones in charge of who inside their agencies — or connected to them — ultimately gets investigated and possibly charged?

Those questions are moving to the forefront as the facts play out in the investigations into our intelligence agencies’ surveillance activities.

There are two overarching issues.

First, there’s the alleged improper use of politically funded opposition research to justify secret warrants to spy on U.S. citizens for political purposes.

Second, if corruption is ultimately identified at high levels in our intel agencies, it would necessitate a re-examination of every case and issue the officials touched over the past decade — or two — under administrations of both parties.

This is why I think the concerns transcend typical party politics.

It touches everybody. It’s potentially monumental.

This week, the FBI said it was unfair for the House Intelligence Committee not to provide its memo outlining alleged FBI abuses. The committee wrote the summary memo after reviewing classified government documents in the Trump-Russia probe.

I would quibble with the headline.  It’s not so much the bureau that is lashing out as its “leadership” is lashing out.  The same leadership that ordered the surveillance of Sharyl Attkisson (including a black bag job) during the malAdministration of the former President.  It is that leadership which is in personal jeopardy now.

The GOP-authored memo made waves last week after it was made available to the full House of Representatives for viewing. With over 60 GOP lawmakers calling for its release, Capitol Hill sources on both sides of the aisle tell The Daily Beast that it’s only a matter of time before the general public is allowed to view the document – which is likely to stoke already-inflamed tensions between GOP lawmakers and the individuals named in the leak.

Most of this is coming to light as a consequence of  Inspector General Horowitz’s investigation, which has not been publicly released.  Wizbang readers will have been aware of McCabe since June of 2017, and I assigned him the “source” name of Richard Smoker, in honor of that other FBI leaker of press fame “Deep Throat” later that same month.

Firings and resignations are not enough.  These individuals need to be investigated and prosecuted to the full extent of the law.  Nor should they recieve any less than the maximum sentence per the law given their gross misconduct and utter failure to perform their duties.  Once the DoJ and FBI have been thus cleansed, it will be the time for the re-investigation of Madam Former Secretary and the investigation of Madam Former Attorney General and the former President.

resident Trump broke with the Department of Justice last week by calling for the release of a four-page “FISA memo” purportedly summarizing widespread surveillance absues by the FBI, DOJ and Obama Administration, reports the Washington Post.

The President’s desire was relayed to Attorney General Jeff Sessions by White House Chief-of-Staff John Kelly last Wednesday – putting the Trump White House at odds with the DOJ – which said that releasing the classified memo written by congressional republicans “extraordinarily reckless” without allowing the Department of Justice to first review the memo detailing its own criminal malfeasance during and after the 2016 presidential election.

The decision to release [or withold] the memo ultimately lies with congress.

Senators Chuck Schumer and Dick Durbin: the PERFECT Examples for Repeal of the 17th Amendment
Hillary Clinton has some explaining to do.
Tags:Prossecute The FBI 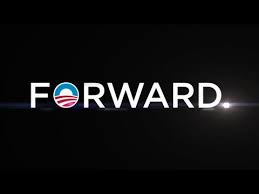